Improved for the 1946 Oldsmobile

Think of driving all day long without ever touching a clutch pedal or shifting a gear.

Think of being able to start from a standstill, and accelerating right up to cruising speeds by merely stepping on the gas without ever taking your hand off the wheel, or using your left foot!

That’s how you’ll drive in the 1946 Oldsmobile with the New General Moton Hydra-Matic Drive. The modern “drive” does all gear-shifting automatically through all four for­ward speeds. It ends all need for clutch pushing; there isn’t even a clutch pedal in the car. It gives you new freedom of action and new ease in handling, as well as finer performance, and better gas mileage at cruising speed.

The Hydra-Matic Drive principle was introduced by Oldsmobile before the war, and has been thoroughly owner-proved in billions of miles of driving. The New Hydra-Marie Drive is basically the same type of drive as was used in fast Army tanks. Its new smoothness and new rugged construction are the result of important wartime developments in connection with its military applications. This finer battle-proved drive is one of many reasons why people everywhere are saying, Look to Olds for all that’s New! 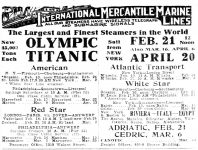