On April 6, 1949, a bill was introduced in the Oregon State Senate that called for the banning of popcorn and peanuts in movie theaters. The measure was sponsored by nine state senators and was prepared by Senator Dean Walker, a Republican from the city of Independence.

In part, the anti-noise bill stated that “Public places of entertainment commonly known as moving picture theaters constitute an instrumentality of great and effective public influence.”

Not only would the selling of popcorn and peanuts be prohibited under the new law, but it also required that any customer caught consuming these foods during the showing of a film would be “subject to immediate ejection therefrom” but he would have his admission ticket refunded.  Should a theater operator knowingly allow a patron to eat those treats during a film, the business could be found guilty of a misdemeanor and fined $100 (nearly $1200 today) or face up to thirty days in jail.

Should you happen to be a patron who paid “for the privilege of viewing and hearing the program” and spotted someone eating popcorn or peanuts, you could be a snitch and the ticket office would be required to give you three times the ticket price back.  Should the theater fail to do so, you could go to court to get your money.

Two days after the anti-popcorn bill had been introduced, the senators arrived on the morning of April 8th to find a bag of buttered popcorn on every desk of the Senate chamber. The next day, the Statesman Journal ran a large photograph of eleven senators, including the nine who sponsored the bill, eating the popcorn. Clearly, they thought that this was all one big joke.

But the theater operators were not laughing.  Popcorn, peanuts, and the entire concession stand is a big part of their business.  They were determined to stop this bill from ever becoming law. A hearing on the issue before the committee on public buildings and institutions was scheduled for 8 PM on April 11th in room 309 of the Oregon State House.

Turnout was heavy, although only two of the senators on the committee bothered to attend.  Most of those present were either theater operators, members of the press, or other elected officials. Senator Jack Bain, a Democrat who wasn’t part of the committee, protested the bill by appearing in a vendor’s white coat and hat and handing out free popcorn to everyone.

Gamble added, “The theaters are filled only four hours a week, so people don’t have to sit next to popcorn eaters. The public runs our business. Seventy-five per cent of our patrons eat and want popcorn. If people are so persnickety they don’t like popcorn theaters, they can stay home. Most theaters sell popcorn in noiseless boxes, anyway. The bill is un-American.”

Senator Bain was offended by Gamble’s comments and announced that he was changing his position on the bill. Gamble explained that he was so forceful simply because he was fighting for the survival of the theaters.

Meanwhile, the noise from all of that free popcorn was creating a distraction, basically proving the need for the bill that was being debated.  Democratic Senator Thomas R. Mahoney then blurted out that the popcorn eaters were “just like the morons in the movies.  Let them get out with the hogs and eat in the barnyard.”

The crowd then let out a loud “Boo!,” while Gamble told the committee that “I don’t classify either Republicans or Democrats as hogs and theatergoers as morons.”

Several witnesses then spoke.  This included theater owner Van Driesche, who said, “people are entitled to life, liberty, and the pursuit of happiness, and if popcorn eating is their pursuit of happiness, let ‘em go to it.” There was only one witness in favor of the bill.  He was Don Madison of Salem who told the senators that he no longer attends the movies because of the popcorn.

So, is it illegal to eat popcorn or peanuts in a theater?  No.  Several days later, it was announced that the bill would die in committee. 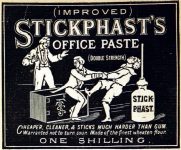 The Board of Health in NYC banned the use of glue in the manufacture of ice cream in 1920. 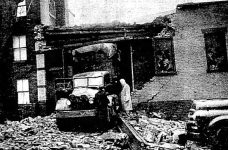