Now that I am married, my wife and I decided that we need to sit down and carefully plan out our estate. Being a teacher, I am far from being in Bill Gates or Warren Buffet’s position of having to dispose of billions of dollars. And not having kids, I have always had this crazy dream of doing something with my tiny estate that was totally insane and completely memorable. If you know the story of Charles Millar and the Toronto Baby Derby that I wrote for my book Einstein’s Refrigerator, you probably know what I mean. But, as of yet, I haven’t quite figured out what that crazy idea would be.

One man that did accomplish what I would like to do was a guy named Conrad Cantzen. Cantzen was not the kind of guy that history would normally remember. He was an actor back in the late-1800s and early-1900s but never found fame or fortune in the roles that came his way.

His last performance was in November 1938. That’s when Cantzen played the role of the Spanish Grandee during a one-week run of the Broadway play Gloriana at the Little Theatre, which has since been renamed the Helen Hayes Theatre. Considered to be a Shakespearean scholar, his work was intermittent at best and he
never earned more than about $60.00 per week, even during the best of times.

As a result, Conrad Cantzen led an incredibly frugal life. While on the road, he limited himself to just one meal per day that could never exceed 25 cents in cost. Rather than pay for a hotel room while away from home, Conrad chose to sleep for free at a local train station or park bench. Two times a week he would stop to pick up his mail at the Broadway office of Billboard magazine, which was a theatrical trade paper at the time. While apparently penniless, Cantzen was always well dressed, typically in a well-starched white shirt, dark brown corduroy pants, and a matching jacket.

But what is most remembered about him was his high-top shoes. They were always polished to perfection and Cantzen bragged as to how far he could stretch a can of Kiwi shoe polish. He was quoted as saying “An actor can’t hold his head up if his heels are run down.” Soon the world would find out just how important a spiffy pair of shoes were to the actor.

After his death, his 4-bedroom, sparsely furnished flat in Union City, New Jersey was combed over. The place was a wreck and it was reported that his bed was a pile of newspapers spread across the floor, although that may have been a bit of an exaggeration by the press to show the public the squalor that he lived in. Nearly everything was thrown out, with a total of eight cents being found scattered around the apartment.

What was most surprising is what the searchers found among the old newspapers, bottles, cans, and other items that were strewn around his apartment.

It was his hand-written will. But this was not just any will; it was one that revealed that he had somehow amassed a small fortune over his lifetime. He had eighteen different bank accounts that totaled up to about $100,000 and various other investments that added another $126,000 or so. The man that lived like a pauper had saved $226,608.34. That is more than 2-1/2 million bucks in today’s money.

His close friend Robert Campbell was one of the few people aware that Cantzen had accumulated a chunk of money, but even he was surprised as to how much it really was. Campbell said that Cantzen had studied the stock market for years and invested wisely. He took a great hit from the 1929 stock market crash, but Cantzen managed to make it all back, plus some more.

His will stipulated that $5,000 go to the Actors Fund to cover the cost of his funeral, $100 to Billboard for the mail service it provided, and $100 to his friend Robert Campbell. The remainder was to be used to establish the Conrad Cantzen Memorial Shoe Fund at the Actors Fund. That’s right: the money was to provide free shoes for needy actors. Any actor that down on his or her luck who was a member of the Actors’ Equity was eligible for a free pair of shoes each year, whether or not their dues were paid up in full.

His will explained the reason for this unusual gift: “Many times I have been on my uppers, and the thinner the soles of my shoes were, the less courage I had to face the manager in looking for a job.”

Amazingly the fund still exists and currently assists more than one thousand people each year. The Actors Fund’s 2008 annual report shows that $43,708 was spent to provide 1,133 actors with shoes. Only three criteria must be met to receive payment. You must be first) currently unemployed in the profession, second) have your dues paid up in a performing arts union, and third) a year must have passed since your last application for shoes.

That’s my kind of will. Unusual in its request, but one that keeps on giving and giving even after the person has been long forgotten. 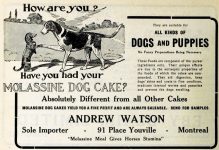