On June 22, 1917, John Kozhen told Mike Botrinski of Riverhead, Long Island that he had a sure way that he could double his money. “I’m on,” said Mike. “If there is any one thing I’d like to do it’s doubling my money.”

That’s when John asked Mike how much money he had. Mike replied, “Four hundred and eighty dollars in the Sag Harbor Savings Bank.” Adjusted for inflation, that’s about $9680 today.

Mike raced to the bank and withdrew his entire savings. That’s when John explained how he could double his money. The secret was to split the money in two, which could easily be done if the money was boiled for an extended length of time.

So, the two men went to a fishing shack down the shore and created a fire so that they could boil a kettle filled with water. Once the water was boiling, Mike observed as John placed a large roll of bills into the water. He then covered the pot.

According to Mike, John told him, “Now you sit here and watch the fire and the money while I go up to the village. The money must boil till all the water boils out of the pot. Then the bills will be separated and you will have just twice as much money.”

Mike tediously sat there for three hours staring at the kettle, at which point he decided to lift the lid and take a peek inside. He found no money at all, just a big wad of plain paper.

Realizing that he had just been ripped off, Mike quickly returned to town and sought the help of Officer John Gay of Easthampton. Gay later told of how he laughed “till I nearly busted.” Once he gained his composure, the two men went to Sag Harbor where they found John and were able to recover most of the money.

John Kozhen was immediately arrested and charged with grand larceny. He pleaded guilty to the charge and, on October 10, 1917, he was sentenced to sixty days in the county jail. 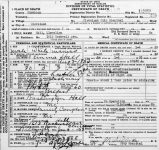 On October 30, 1931, Llewellyn Hall slumped over in a rocking chair inside of his Cleveland home. On his way to the morgue, he suddenly awoke. 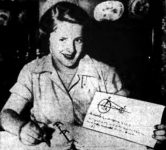