The Patron Saint of the Vocally Challenged – Podcast #53

I thought that I would use this opportunity to announce that I am giving up my career as a science teacher to pursue my lifelong dream of becoming a singer. What qualifications do I have? Absolutely none. I have never played an instrument and my wife tells me that I listen to awful music, but I think I sound pretty good when singing in the shower. But, in this day of talentless celebrities, I think I have a good shot at it.

Of course, I am just kidding around here, but there was one woman, Florence Foster Jenkins, who did make a career out of really bad singing. Take my word on it. She was a really bad singer.

First, let’s start with a little background on this woman. She was born Nascina Florence Foster on July 19th of 1868 in Wilkes Barre, Pennsylvania. Her dad, Charles Dorrance Foster, was a lawyer, president of a local railway, director of two turnpike companies, and, most importantly, had a controlling interest in the Wyoming National Bank. That’s not Wyoming as in the state of Wyoming, that is Wyoming as in the Wyoming Valley of Pennsylvania. But, his real money didn’t come from any of this. In 1878 his father died and Charles inherited a handsome fortune.

His daughter Florence was first introduced to the piano at a very early age and gave her first public recital in Philadelphia at the age of 8. At one point even played at the White House.

When Florence turned 17, she decided that she was going to study music in Europe and become a professional musician. That may sound like a great plan, but it was not what her father had in mind. And when dad is paying all of the bills, dad makes all of the decisions.

Like most stubborn teenagers, Florence rebelled and left home. That is when she eloped with a man 16 years her senior – a guy named Dr. Frank Thornton Jenkins. That is where the Jenkins comes from in Florence Foster Jenkins. Florence’s dad was furious and disinherited her from the family fortune.

The marriage between Dr. Jenkins and Florence was short-lived. Just about the only thing that Florence got out of the marriage was her husband’s last name and syphilis.

Without a husband or a rich father to support her, Florence was forced to live in poverty, making just enough by giving piano lessons to survive.

Then on September 29th of 1909, kidney disease took the life of Florence’s dad. And, luckily for Florence, dad had placed her back into his will. His estate set up a trust that was split equally between Florence and her mom. Florence apparently never divorced Dr. Jenkins, so a clause in the will specifically forbids Dr. Jenkins or any other husband that Florence may marry, from gaining control of the inheritance. This meant that the two women were set for life and Florence was on her way to social prominence.

Florence and her mom then packed up and moved to New York City. The real trick back then to making a non-notable like Florence into someone of importance was to become active in women’s clubs and activities. And this was something that Florence jumped into wholeheartedly.

For example, she served as the Director of the Euterpe Club, vice president of the National Round Table, Director of the New Yorkers club, historian for the National Opera Club, and many more. In other words, her social calendar was filled to capacity. In 1917, Florence made the bold move to start her own club, which had over 400 members at its peak. It was named the Verdi Club after the great Italian opera composer Giuseppe Verdi.

Of course, a woman of wealth and prominence needs a handsome gentleman by her side at all of these outings. Florence found her knight in shining armor in a British-born Shakespearian actor named St. Clair Bayfield, who was seven years her junior. They were married in a non-recognized ceremony on August 16th of 1909. The two attended nearly all social engagements together but never lived under the same roof for a single day. Over time, their relationship fizzled out, but Bayfield functioned as her sole business manager until the day of Florence’s death.

All the while, Florence never gave up on her dream of a career in music. The only problem was that she had injured her arm shortly after leaving her husband and becoming a great pianist was out of the question. Instead, she turned to a life of singing and was able to hire some of the best voice coaches available.

In 1912, Florence made her first public appearance as a singer. Now before I go any further, no one knows for sure if Florence could sing well when younger or not. She may have been able to sing as well as the best in the business. But, there are no recordings of her from this time period. Everything that is known about how bad her singing voice was recorded during her later years. And, again, I am going to make you wait a bit more before I let you hear her sing.

Florence played it smart when it came to her public performances. Unlike other artists that travel the country and appear in a different town every night, she kept her appearances to a minimum. By making tickets scarce, she became an in-demand performer. She played in exclusive venues in Washington, DC, Newport, RI, Boston, MA, and Saratoga Springs, which is practically in my backyard here in upstate New York. Each engagement was preceded by an announcement in the papers. After each performance, reviews did appear in the newspapers, but they were typically positive in tone or just plain vague to avoid offending Florence.

The only known recordings of Florence were made at the Melotone studios and were initially pressed so that she could sell them as souvenirs to her friends. Florence was very happy with the recordings and was convinced that she was a good as any other opera singer of the day.

Amazingly, her records, which were 78’s back then, sold very well – mostly because of how bad they truly were. RCA issued the complete set of her recordings in 1954 and they have never gone out of print to this day. Of course, the format – you know – record, cassette, CD, etc and the name of the collection has changed, but the musical contents have not.

A review of her records in the newspaper promised that spending the $2.50 for her recordings would give “more of a kick than the same amount invested in tequila, zubrovka, or marijuana, and we ain’t woofin’.”

What is most shocking is that demand for Florence’s performances skyrocketed. As a result, she decided to rent out the prestigious Carnegie Hall. Her pseudo-husband St. Clair Bayfield cautioned her not to do so, but that didn’t stop her.

As I said, Florence was more popular than ever from the release of her records, and that pushed ticket sales through the roof. The entire venue was sold out. Demand was so high for tickets that people were offering to pay $20 for a seat. On concert night, the crowd lined up around the block and more than 2,000 people had to be turned away. With some fans forced to stand in the aisles, it was the biggest sellout in Carnegie Hall’s history to that date.

And Florence didn’t disappoint her fans if you can call them that. She performed one hoot-hollering concert for her adoring public. The audience, which included the likes of Cole Porter, Tallulah Bankhead, and Kitty Carlisle, did their best to be respectful and purposely buried their laughter in continuous applause and whistles. But, by the end, it was clear to everyone, clear to everyone except Florence, that the audience was rolling over in laughter and disbelief. The concert finished with a standing ovation, at which point Florence came out for an encore.

Florence was convinced that she had done a great job, but the press destroyed her in their reviews the next day. Florence showed no outward sign that she was upset by the reviews, but those close to her claimed that she was crushed by the sheer nastiness of the critics.

Five days later, Florence suffered a heart attack while visiting a music shop. On November 26, 1944, just one month after her performance at Carnegie Hall, Florence passed away. She was 76 years old.

A will was never found. Her pseudo-husband Bayfield expected to inherit her estate and was able to provide witnesses to the fact that she had made this promise to him. But, with a big pot of cash involved, distant family members that Florence had basically no contact with popped up out of the woodwork.

The whole mess ended up in court. Her estate was valued at approximately $100,000, which would be about $1.2 million today. In the end, the judge awarded Bayfield $10,000, and the remainder was distributed to 15 of her second cousins.

In bringing this story to a close, I will leave you with perhaps the most quoted statement accredited to Florence “Some may say that I couldn’t sing, but no one can say that I didn’t sing.”

Useless. Useful? I’ll leave that for you to decide. 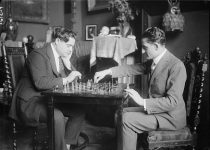 For a while it seemed like Dumpy the Dog could survive just about anything, but a puppy-hood illness came back to haunt him. Be sure to check out this incredible true story.