(This article originally appeared on page 21 of the April 14, 1949 publication of the Democrat and Chronicle and is reprinted word-for-word below.)

Manhasset — <U.P.> — Putting off having your child’s tonsils out?

Then take a tip from Mr. and Mrs. Lester Backer.

They took all seven of their children to the Manhasset Medical Center yesterday and 90 minutes later one doctor had removed 14 tonsils.

Last night the kids, all together in seven beds in one hospital room, were eating ice cream and grinning at each other. 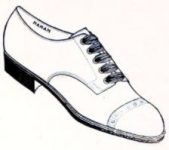 Albert Cole of Cedar Rapids, Iowa was reported to be in critical condition on March 24, 1927. His illness? His entire body had turned blue.

Marguerite Todd Beveridge knitted a sweater in 1918 for World War I. It was later found in 1954 by Tanas Badra of Amman, Jordan.