(This article originally appeared on page 10 of the June 5, 1950 publication of the Pantagraph and is reprinted word-for-word below.)

BOSTON — (AP) — Jack Bruner, Chicago White Sox southpaw was sidelined Sunday with a bruised pitching elbow—hurt when he fell off the bench.

Bruner was sitting at one end of the bullpen bench in Yankee stadium at New York Saturday and Randy Gumpert was sitting on the other. Gumpert arose to watch a catch of a fly ball, the bench tilted and Bruner fell off. 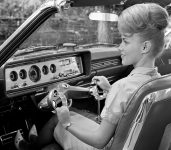 In 1965, aerospace engineer Robert J. Rumpf set out to redesign the steering wheel. 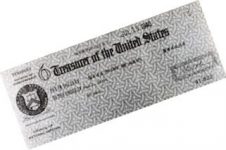 Anna Folgert dragged her husband Anthony into a Buffalo court because he had failed to make his alimony payments. Yet, he had receipts...