The scandalous news broke back in 1949 that England’s Princess Margaret had been seen smoking a cigarette at a Halloween charity ball in London.

While the press made a big stink of this, King George and the Queen seemed totally unfazed by the news. Most ordinary British citizens felt the same.

A puff of a cigarette may have caused a big stink back then, but no one would care today. In comparison, no one seemed very concerned when President Obama’s daughter Malia was recently caught smoking pot. Times have really changed. 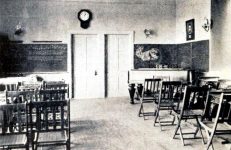 In 1923, newspapers around the US reported on the health of the Fever Girl - Evelyn Lyons - a woman with the highest temperature ever recorded to that date.