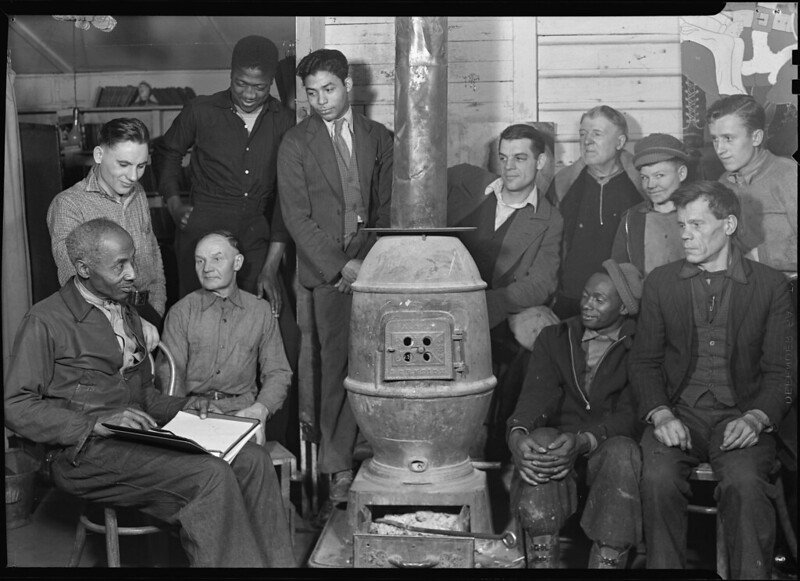 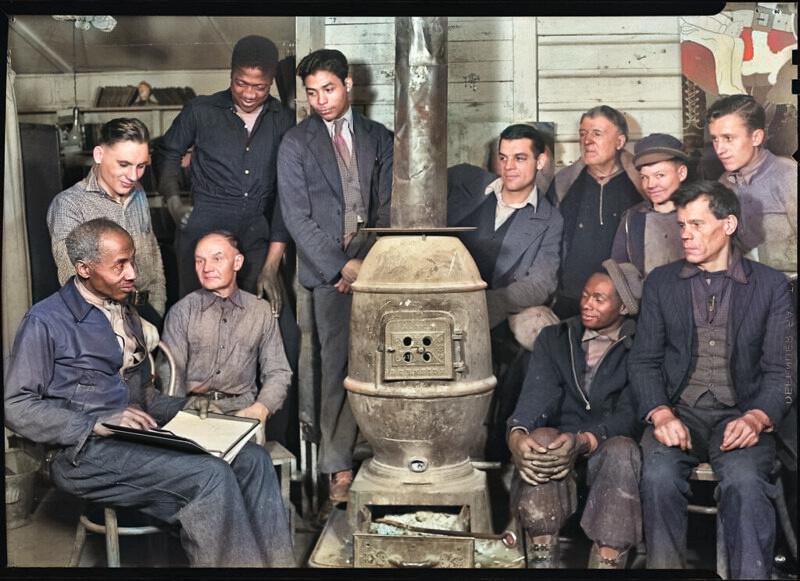 Original Caption: Scott’s Run, West Virginia. Unemployed man attending meeting of the Workers Alliance Council – All of the men are unemployed. They indicate the age and type of unemployed groupd on Scott’s Run. The younger men are native born and represent the second generation of Scott’s Run miners. The Unemployed Council meets in the Shack Community Center, March 1937.

Retrograph – 1930: US Bureau of Prohibition

Colorized photograph of the then new insignia plate that had been adopted by the United States Bureau of Prohibition.