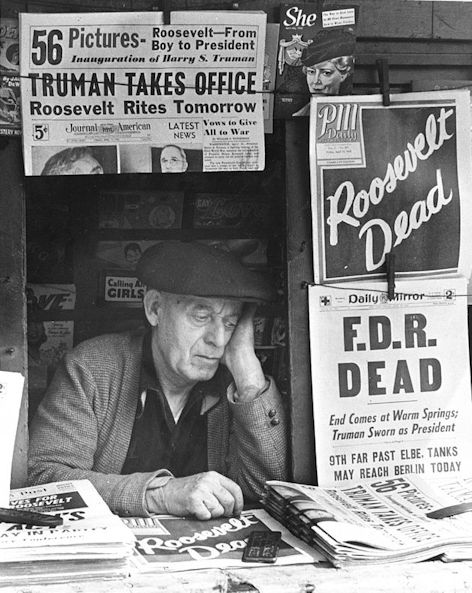 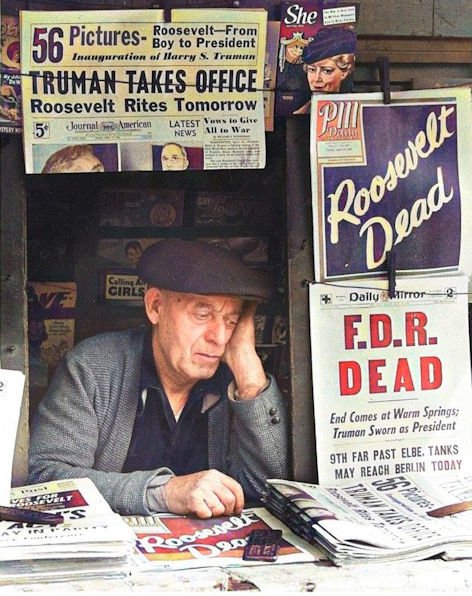 Man in newspaper stand, probably in New York City, with display of newspapers with headlines announcing the death of President Franklin Roosevelt. Photograph was taken in April 1945 by film director Stanley Kubrick.

Retrograph – 1930: US Bureau of Prohibition

Colorized photograph of the then new insignia plate that had been adopted by the United States Bureau of Prohibition. 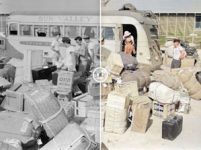 Colorized photograph of baggage, belonging to Japanese Americans being sorted and trucked to owners in barrack apartments.