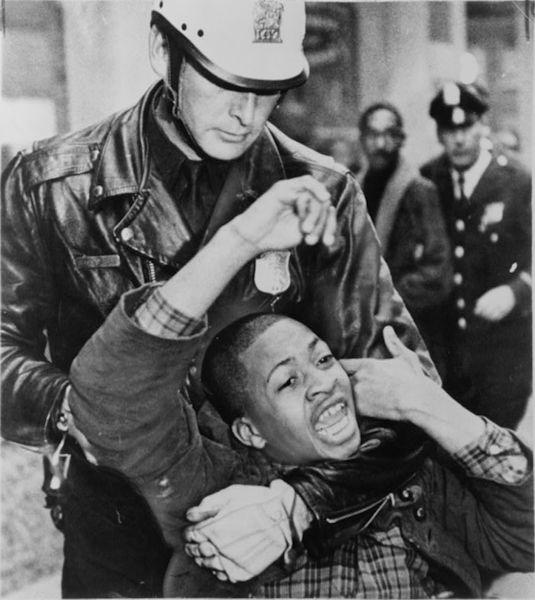 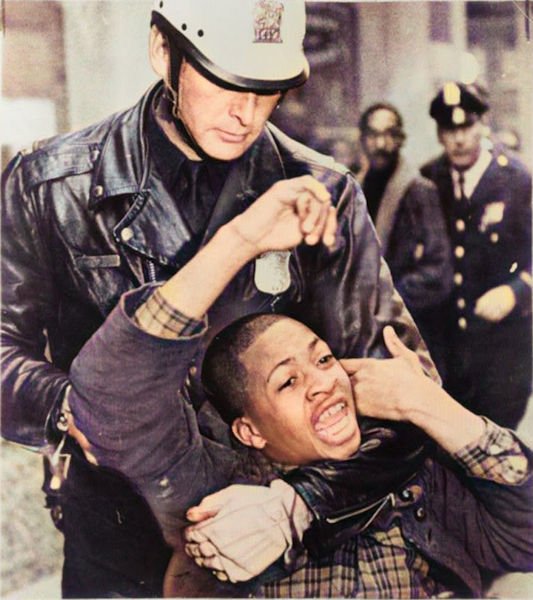 Original caption reads: “Negro racial demonstrator identified as Taylor Washington, a high school student here, screams as an Atlanta policeman drags him to a paddy wagon after arresting him outside a downtown restaurant 1/27. An estimated 70 anti-segregation marchers were arrested in the …” (remainder cut off.) 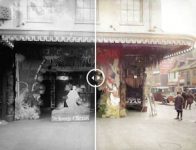 Colorized photograph of the opening of the movie Revenge of Tarzan at the Criterion Theater in Washington, DC.

Colorized photograph of Martin Luther King, Jr with his father and son.