Clearly, a staged film of highlights of the 1939 New York World’s Fair, which was held at Flushing Meadows–Corona Park in Queens, New York.

The best part of this film is Elektro the Robot, which was built by the Westinghouse Electric Corporation between 1937 and 1938. He stood 7-feet (2.1 m) tall and weighed 265 pounds (120.2 kg). While primitive by today’s computerized standards, Elektro could walk by voice command and speak approximately 700 words using a 78-rpm record player. A few of his gimmicks were the ability to smoke cigarettes, blow up balloons, and move his head and arms.

Also shown in this film is electronic television, which was making its premiere at the fair. 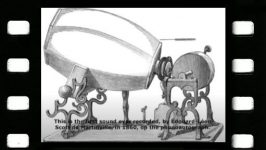 Hear what is believed to be the earliest recording of the human voice ever. Édouard-Léon Scott de Martinville recorded this back in 1860. 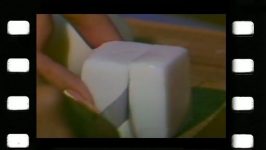 Tired of ordinary shaped eggs? Then, you need the Cubie, which will create a cube-shaped hardboiled egg.