In a story dated April 5, 1921, a man brought his dog into the Animal Rescue League in Washington, DC to have his pet euthanized.

Lion, who was a large, furry combination of part sheepdog and part Saint Bernard, was suffering badly. He wouldn’t eat, lacked energy, and stood with his head hanging low.

After a brief examination, attendants at the facility discovered that he was being strangled by a piece of fishing line that was wrapped around his throat. It had to have happened while Lion was a small puppy, since his skin had grown around it. The fishing line was cut and the excess skin was burned away.

The dog suddenly regained his pep and offers poured in to give him a new home. It was ultimately decided to keep him in the Animal League facility. 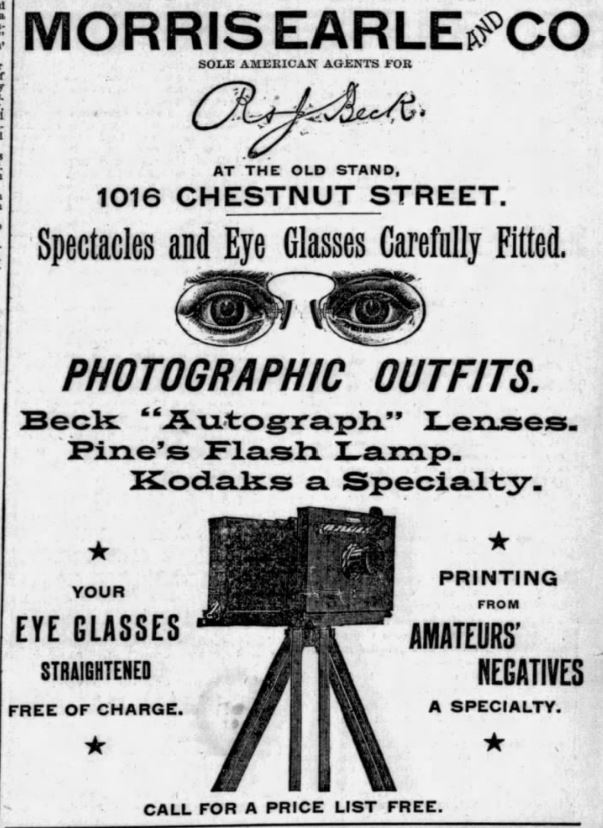 Optical and photographic equipment ad for Morris Earle & Co. that appeared in the May 21, 1889 issue of the Philadelphia Inquirer on page 6. (Click on image to enlarge.)