It was reported on January 11, 1961 that Mr. and Mrs. Leo M. Dooley of 2190 Twenty-Fourth St. SW. in Akron, Ohio had been receiving a Christmas card every year since 1943 and had no clue who was sending them. The Dooley’s received the first greeting card from this unknown family before their then 17-year-old son Larry had been born.

“We have no idea who ‘Jackie, Herman and children’ are, and we’ve never sent a card in return,” Mrs. Dooley told the Akron Beacon Journal. She added that whoever was sending the cards “must be good-natured people. When I send Christmas cards four or five times and get none in return, I stop.”

In the article, the Dooley’s speculated as to who could possibly be sending these cards. They figured that it probably was not a relative but could have been a long-lost friend. Or, since Mr. Dooley had worked at B. F. Goodrich Company for more than 30 years, it could be from someone from work. Then, there was the possibility that it was from an old boyfriend or girlfriend. Whatever the situation, the Dooleys wanted to meet the family and were kind enough to invite them to dinner.

Well, a little publicity goes a long way. The very next day the mystery was solved. The cards were being sent by Mr. and Mrs. Marion H. Watson and their 5 children. It turns out that Mr. Dooley was Marion Watson’s foreman at the B. F. Goodrich plant. In that role, Mr. Dooley signed about 40 company cards every December, which a secretary addressed and mailed to each of the personnel who worked under him.

It’s not as if Mr. Dooley didn’t know Marion Watson personally. He definitely did. The problem was that Mr. Watson used the name Marion at work but went by his middle name of Herman at home. In addition, Mrs. Watson’s first name is Martha but she used the name Jackie instead.

As for the dinner that Mrs. Dooley promised the mystery family, Mrs. Watson took a rain check because she was dieting at the time. Instead, the two families planned for a summer picnic. 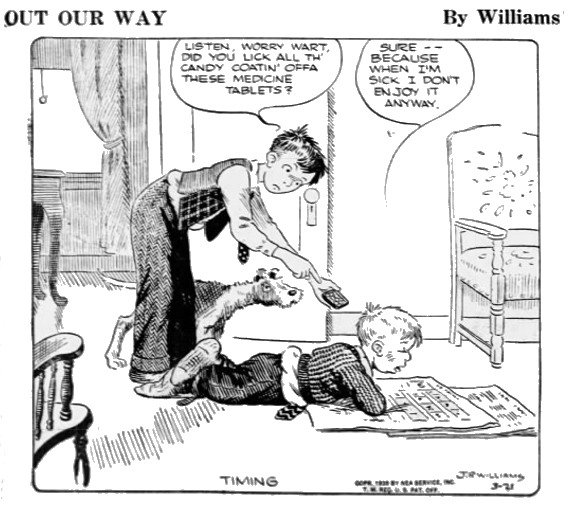