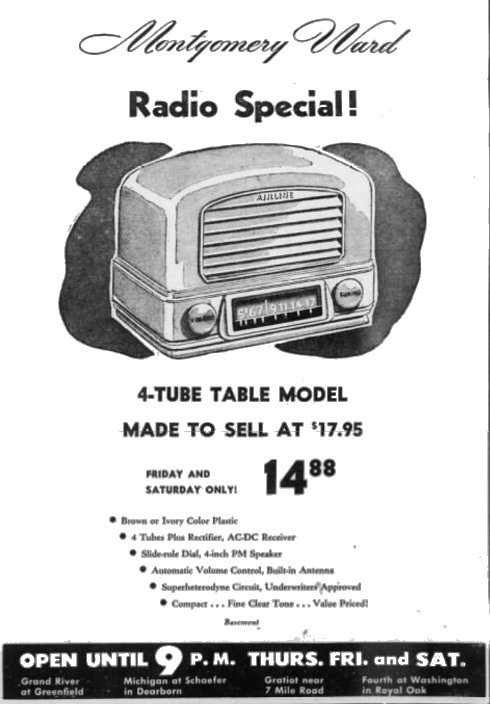 This advertisement for the Montgomery Ward Airline Radio appeared in the March 12, 1948 issue of the Detroit Free Press. (Click on image to enlarge.)