A June 2, 1959 syndicated AP article discusses a new invention by RCA called the Hear-See. It would enable someone to make a recording of their favorite television program or create their own home movies and play it back on a television set.   END_OF_DOCUMENT_TOKEN_TO_BE_REPLACED 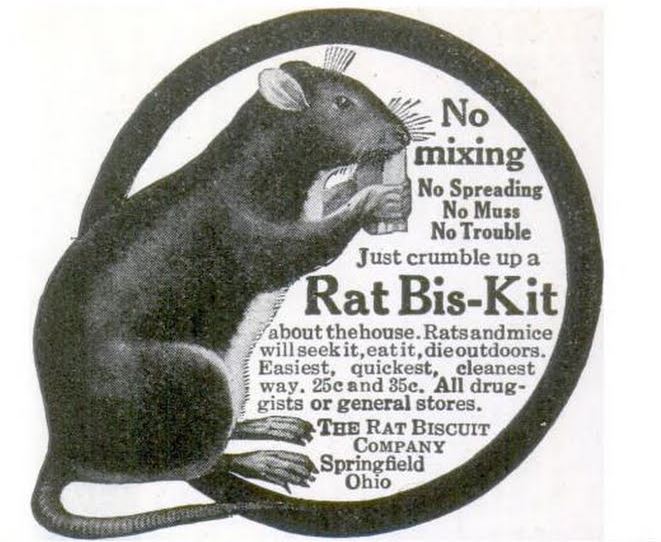 Rat Bis-Kit Ad that appeared on page 140 of the September 1923 issue of Popular Mechanics. (Click on image to enlarge.)