The marriage between Bobette and Joseph Griffin was annulled by Superior Court Judge John C. Lewe on November 20, 1936 in Chicago. The couple had married back in July and split up two weeks later on August 1st, shortly after leaving a movie theater in Washington, DC.

One would think that they must have had a big fight or something similar, but it was nothing like that. While watching the movie “The Great Ziegfeld,” Bobbette was shocked to see her first husband Thomas W. Murray up on the screen. They had married in New York in 1929 and separated in 1931.

“In 1933 the papers carried his name as one of the killed in the Los Angeles quake.” Bobbette continued, “I was shocked. I called Murray in Hollywood. I left Washington that night.”

After the annulment, she planned to divorce her first husband and then remarry Mr. Griffin “If he still wants me.” 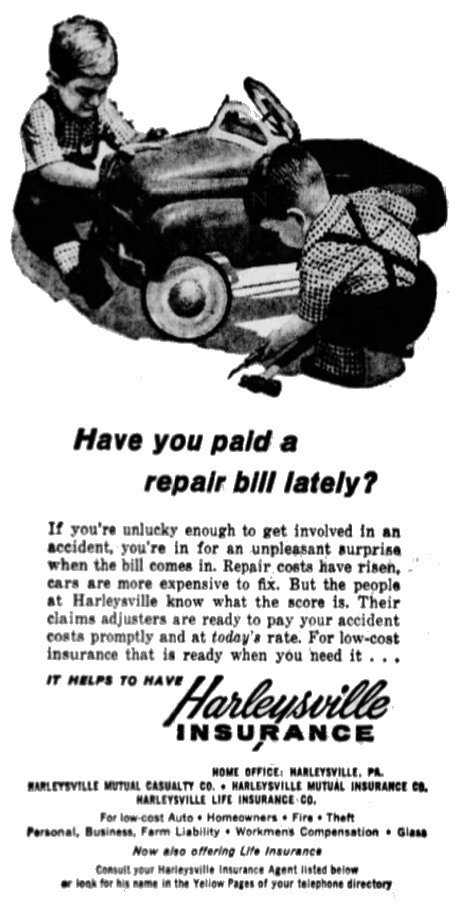 Ad for Harleysville Insurance which appeared in the May 6, 1962 issue of the Pittsburgh Press. (Click on image to enlarge.)