Police became suspicious when fingerprints identified the man as being that of 33-year-old Jerome Baker Ware. After Ware’s wife Ernestine was shown photographs of the body, she confirmed that was that of her husband James, who she had previously reported missing.

Faked His Own Death

END_OF_DOCUMENT_TOKEN_TO_BE_REPLACED

The Monk and His Hypnotist

Crazy story about an elderly monk and his wife who decided to adopt their 63-year-old doctor.  The doctor was then arrested for supposedly murdering his new mother.

END_OF_DOCUMENT_TOKEN_TO_BE_REPLACED

Back in 1928, Clarence Frechette made national news for a bizarre attack that he made on the pilot of an airplane that he was aboard, possibly making him the world’s first hijacker.  Amazingly, he was back in the news in 1935 for an equally bizarre crime.

END_OF_DOCUMENT_TOKEN_TO_BE_REPLACED

Murder in the Mail

On an October day back in 1941, John Kmetz received a trial supply of herbal pills that would supposedly restore vitality to his 54-year-old body. Shortly after taking the pills, Kmetz was dead. Learn about the man suspected of the crime, another bizarre event that occurred prior to the murder, and his ultimate fate.

END_OF_DOCUMENT_TOKEN_TO_BE_REPLACED

The Easter Sunday 1937 murders of Veronica Gedeon, her mom Mary, and Frank Byrnes in NYC launched an intense nationwide hunt for the killer.  There were few clues to go on, but two bars of soap provided police with the conclusive evidence that they needed.

END_OF_DOCUMENT_TOKEN_TO_BE_REPLACED 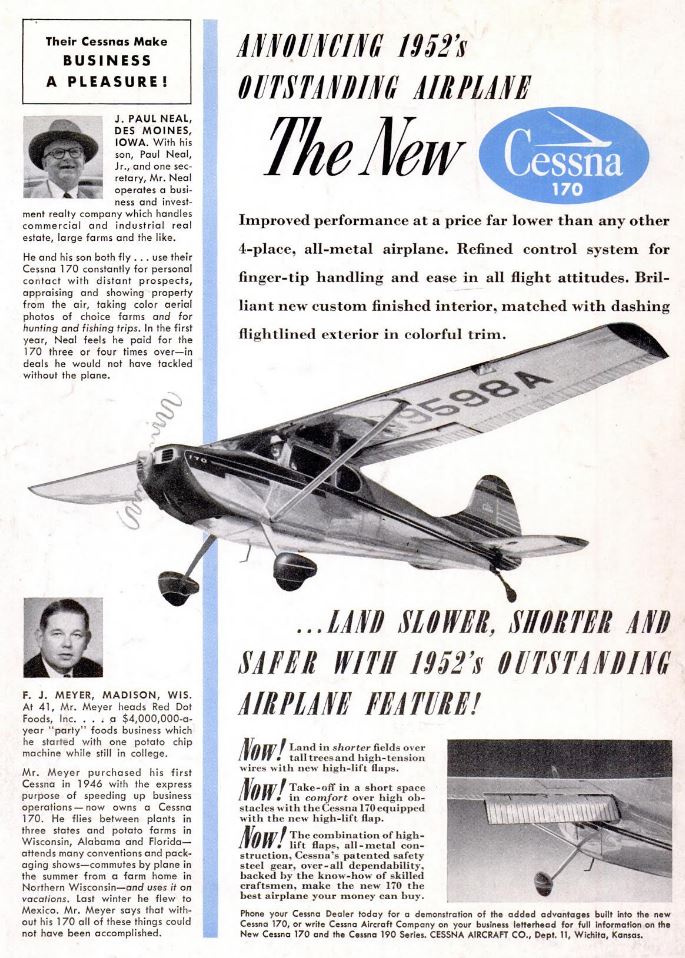 This advertisement for the Cessna 170 appeared in the February, 1952 issue of Flying Magazine. (Click on image to enlarge.)