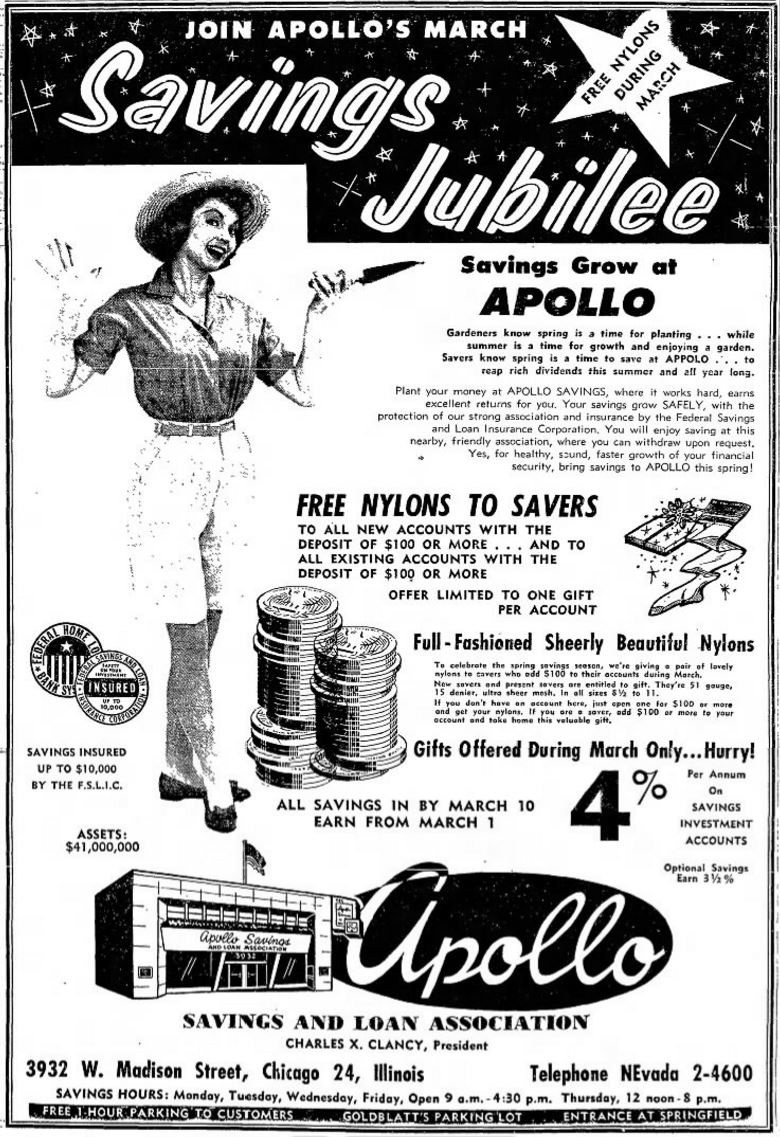 Apollo Savings and Loan Association advertisement from the March 4, 1959 issue of the Suburbanite Economist. (Click on image to enlarge.)