On August 13, 1906, Syracuse, New York resident Sackville G. Leyson, who just happened to be the president of the Society for Psychical Research, told of his recent trip to Mars. Although Mars is 140 million miles or 225 million km from Earth, Leyson claimed that his spirit went there and back in 40 minutes while his body lay still.

Here is what he said he saw:

“When I approached Mars it looked like a big globe of fire, and it seemed as if I were about to plunge into a molten mass. It was surrounded by blood-red clouds mixed with others of greenish hue.”

He continued, “There are two tribes of people on Mars – one so large I only came up to their knees and the other so small that they only came up to my knees. None wore clothing. All were covered in hair.

“The larger species had huge ears, a nose like a lion, and only one eye, in the middle of the forehead. Their lungs do not move up and down in breathing, but expand crosswise.

“The little men lived in holes in the ground or rocks. The larger ones had houses made of rocks. The little ones had webbed feet and slipped over a mosslike substance as though skating. They could walk up perpendicular walls like flies.

“The small ones have two eyes, one in each temple. They had no noses, but there was a hole in each cheek.

“The trees looked as if made of rubber. I saw none decayed. There was a substance which looked like snow, but which was not cold and was easy and soft to walk on.

“Down in a deep chasm I saw men working with some sort of machines which were guiding lights across transparent rocks. The rays seem to be reflected clear to the atmosphere of earth.”

Clearly, it is a good thing that Leyson made this trip when he did. Now the man is, in fact, planning trips to Mars, we know exactly what to expect. 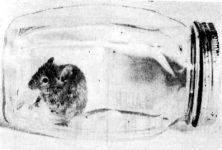 The comical true story of a mouse that could sing. Next came a one-year contract with NBC radio and a contest to find the world's best singing mouse. 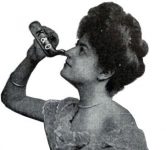 Terry Phillips won a nose job while a contestant on the TV show State Your Case in March of 1957.