Today’s story begins, but in a lot of ways ends, on March 5, 1931, when an elderly woman residing at the Herald Square Hotel in NYC cautiously opened the door to her room just a bit to ask the chambermaid to get a doctor because she believed her sister was dying.

This was a woman that had no contact with the outside world.  She never went out and never let anyone into her suite.  She obtained food by providing the night elevator operator with a list of necessities and a few bucks.  Hotel maids never entered to clean.  Dirty linens were passed through the narrow opening of the door in exchange for new ones.

When the doctor, one Dr. Babcock, entered the room he was shocked by what he saw.  He was witnessing the ultimate packrat situation.  The two rooms of the suite were filled from floor to ceiling with packages, boxes, trunks, barrels, newspapers, magazines, and just about anything you could think of.  Even taking a seat was impossible because the chairs were buried under heaps of clothing, blankets, magazines, books, etc.

The elderly woman that let Dr. Babcock into the hotel room was about 5-feet tall, gray hair, hunched over, practically deaf, and incredibly feeble.  She was clothed in a ragged dress with a hotel towel pinned around the upper part of her body.  Everything about her and her surroundings indicated that she had little money to her name.

What the doctor didn’t know when he entered the room was that he was about to be witness to the beginning of one of the most sensational news stories of the 1930s.  The woman he was talking to was named Ida Mayfield Wood.  Ida had moved into the hotel twenty-four years earlier with her sister Mary Mayfield, who died that very day at the age of 91, and her daughter Emma, who had died in 1928.  She would become known worldwide as the “Little Widow of Herald Square” and the press would follow her story for nearly eight more years.

Ida Mayfield Wood had been a woman of high society back in the late 1800s.  She had been married to Benjamin Wood, publisher of the old New York Daily News (not the same one as today), which at one time had the largest circulation of any newspaper in the United States.  Her husband had been twice elected to Congress and her brother-in-law Fernando Wood was once the mayor of New York City.  This is a woman that had met Abraham Lincoln and danced with the Prince of Wales on his visit to NYC in 1860.  Definitely not the kind of woman that you expect to be living in near-poverty conditions in a small hotel room.

Ben was a big-time gambler, while Ida was a saver that stashed away money whenever she could.  By 1897, Ben had owed so much to the creditors that he had to strike a deal with his wife.  Ida gave him the money to pay off his gambling debts in exchange for control of the Daily News.  This was probably just a legal move to get the newspaper out of his name.

By the time Ben died in 1900, nearly all his assets were in Ida’s name. But, as editor of the paper, she drove it into the ground and was forced to sell it in 1901 for $340,000 to Frank Munsey.  One odd request that she made was the Munsey pay her in $1000 bills, which he did.  The paper was shuttered two years later.

The last the outside world had heard of Ida Wood was just prior to the Panic of 1907.  That is when she walked into the Morton Trust and demanded all of her money in cash right then and there.  Ida walked out with a bag with close to a million dollars inside.  She also sold nearly all of her furniture and the other trappings of being rich – statues, tapestries, paintings, and so on.

Now fast forward back to elderly Ida in her Herald Square hotel room.  It was very clear that she could no longer take care of herself. She also dropped hints that she had a ton of money in the suite, and they knew that it was not safe there.  But those involved were unable to get her to cooperate so that they could know for sure.

After two months of getting nowhere, it was decided to bring in a relative to help out.  The closest person that they could find was a guy named Otis Wood, the son of Ida’s brother-in-law former NYC mayor Fernando Wood.  It’s not like Otis Wood was a close relative to Ida – he had last seen her when he was a young boy – more than 60 years prior. Otis assumed, just like everyone else, that she had died long ago.

Otis was able to determine that Ida didn’t have any other children.  She said that her husband Ben had others, but they were all illegitimate.

Like the others, Otis was getting little information from her, so it was decided to have a court declare Ida incompetent.  A special guardian named Edward Corcoran was appointed to the case on July 23, 1931.  He was able to make some headway.  Ida pulled out an old shoebox with eleven stock certificates for 1020 shares from the Union Pacific railroad. On another visit, she unpacked a box filled with pots and pans and pulled out $95,000 worth of Union Pacific bonds.  And at another time she pulled out an additional $50,000 in Union Pacific bonds.  This lady was loaded.

But Corcoran was unable to convince her to put them into the bank.  So, on September 22, 1931, Ida was declared incompetent.  In fact, she was declared a “lunatic” by the jury, but that seems a bit harsh.

Two weeks later on October 6, two nurses, a doctor, and two detectives forcibly removed Ida from her suite.   It was the only way anyone could start going through her stuff to see how much money she really had.  An identical suite of rooms was rented right below where she had lived all of those years.

As the searchers made their way through her pile of junk, they initially weren’t finding much.  In the first hour, they only found a few pieces of jewelry.  But then they hit the mother load.  Under a pile of newspapers and magazines was an old shoebox that contained $247,000 wrapped in brown wrapping paper – most of it in $1000 and $5000 bills.

The next day the nurse that was tending to Ida in her new suite downstairs noticed something “hitching up” Ida’s skirt.  As Ida fell asleep, she slowly lifted her skirt to find a canvas and oilskin bag hanging from a string tied around her waist.  The nurse opened it to find a pile of $10,000 bills.  There were fifty of them – a total of $500,000.

Are you keeping count here???

Ida also kept claiming that more money was stolen – at times claiming more than a million was missing.  But where could it be? Could the missing money still be in her possession, but just misplaced among all of the piles of junk?  They searched and searched through everything she owned.  They even went as far as exhuming her sister Mary’s body to see if she was buried with a sack of money hidden under her dress also.  There wasn’t.  The second million was never found.

Weeks after the search for her missing money ended, one of the nurses threw out three tins of moldy crackers.  For some reason, she sensed that was a mistake and pulled them out of the garbage.  Hidden in the bottom of one of the tins was a stunning diamond and emerald necklace that was later sold for $37,000.  The search had previously found a number of pieces of diamond and gold jewelry – earrings, necklaces, and pins – but the most valuable find was a gold and diamond necklace with 35 diamonds with an aggregate weight of 118.50 carats.

Ida died on March 12, 1932, about a year after her sister Mary passed away.  Her will, which was written back in 1889, left everything to her sister and daughter, both of whom were dead and had no offspring.

As you can probably imagine, as soon as the papers reported her death, it seemed like every person with the last name of Wood or Mayfield in the United States was claiming to be her rightful heir.  But, as you will soon see, none would ever receive a cent.  It was all left to my family – the Silvermans.  Aunt Ida, my dear Great Aunt Ida.  Okay, maybe not.

It was an incredibly complex task of figuring out who should inherit her fortune.  It took investigators years to unravel her true identity.  I will avoid going through it all step-by-step.  If you are curious, I suggest that you read the fascinating book “The Recluse of Herald Square” by Joseph A. Cox, who was the lead investigator on the case

They started with the obvious and went through her personal belongings when she died, but much of the information was cryptic or inconsistent.

Investigators hit roadblock after roadblock following every lead that they had taken them to Boston, California, and a few of the southern states.  With few other options, they decided to try a different approach.  They convinced the publisher of the Boston Globe to run a story on the case, which included several photographs.  A woman in Salem, Massachusetts named Katherine Sheehan was the key to solving the great mystery.  It turns out she had in her possession an identical photograph to one of them in the newspaper.  From there it was established that Katherine Sheehan’s grandmother was the sister of Ida Wood’s mom.

By the time the case of Ida’s estate got to court in 1937, 1,103 people claimed to be rightful heirs to her fortune.  616 of them were represented by counsel, so it was one crowded courtroom.  By the time the hearing was over one week later, the field had been narrowed down to 22 individuals.

From the day Ida Mayfield married Ben Wood, she had always claimed that she was a transplanted southern belle, the daughter of a rich Louisiana sugar planter whose lineage could be traced to nobility.  But that was just a façade.

Ida was really born Ellen Walsh in Ireland and probably came to the US at the age of six or seven.   Very early on her name was lengthened to Ida Ellen Walsh in Ireland then to Ida E. Harvey and then to Ida E. Mayfield before marrying Ben Wood to becoming the Ida Mayfield Wood that died in the hotel suite.  It is believed that she changed her family changed their name from the Irish-sounding Walsh to Mayfield when she came to the US to avoid discrimination and to be able to move up in society.

The case was finally closed on March 17, 1939, when the fortune was split equally among ten relatives, all first cousins once removed.  All were the grandchildren of Ida’s aunts and uncles, including Katherine Sheehan, the woman that had identified the picture in the Boston Globe.  None had ever met Ida Wood, but I am sure that they appreciated the money. 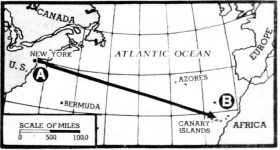 The Adventure of a Lifetime – Podcast #117

The unbelievable true story of Joseph Schmitz, Leslie Cohen, & Joseph Murano set out on the adventure of a lifetime in 1957, but nothing was at it seemed. 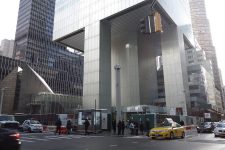 When the Citicorp Tower in New York City opened in 1977, no one could have ever imagined that building was fatally flawed. A phone call from a college student in New Jersey to the building's structural engineer may have saved tens of thousands of lives.