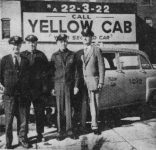 Both Children Born in a Yellow Cab

Chicago resident Rose Simon gave both to both of her children while riding to the hospital in a Yellow Cab. 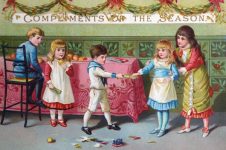 Mrs. Pat Robinson helped saved Christmas for the Ball family of Long Beach after their car was wrecked and their gifts were scattered all over the road.