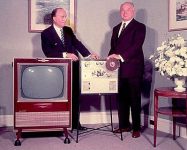 A June 2, 1959 article discusses a new invention by RCA called the Hear-See. It was the first home VCR system. 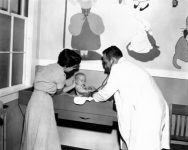 They say it's never too late to pursue one's dreams. Find out why it took August S. Claus so long to get his medical degree.