Vincent P. Smith, a fifty-one-year-old Pennsylvania railroad car inspector, filed suit for annulment of his marriage to fifty-four-year-old Nettie A. Smith after he learned that her first husband, Harry C. Smith, was still alive.

Mrs. Smith said that she hadn’t seen her first husband in thirty-five years. The two had lived in Frederick, Maryland until they separated, after which she returned to her former home in Derry, Pennsylvania.

Believing that her first husband was dead, she married William Scully. She was to meet up with Scully after he went to California, but he was killed in an earthquake.

“Seem like I was destined to be a widow twice,” Mrs. Smith stated. She then moved to Wall, Pennsylvania where she operated a boarding house and met her third husband, Vincent Smith. They were married on September 11, 1907.

Her current husband heard reports that his wife’s first husband was still alive. He traveled from their home in Swissvale, Pennsylvania to Frederick where he met a man who provided him information confirming that this was true. Realizing that his wife was still married to her first husband, Vincent Smith filed for the annulment shortly after their silver wedding anniversary.

“I’d never feel right making up with Nettie now,” Smith told the press. “Even if she should get a divorce after the annulment and be free to marry me again, I couldn’t go through with it.”

The annulment was granted by the court on February 20, 1935. 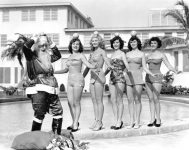 Got Just What He Asked For

In 1958, Warren David of Racine, Wisconsin received exactly what he wanted for Christmas: A living doll. 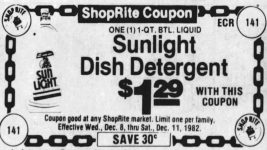