The idea for the first heavier-than-air commercial airline came from the mind of Percival Elliott Fansler. Fansler was the sales manager for the Jacksonville branch of a tractor company when he came across an article describing a 1912 long-distance flight from Omaha to New Orleans. In the story, the airplane’s designer, Thomas W. Benoist, discussed the potential costs of carrying packages, mail, and passengers.

]Fansler noted that the numbers that Benoist was quoting were very competitive with the rates that railroads were charging and decided to contact Benoist to discuss the possibility of setting up a scheduled airline service. The two men got together and decided that there needed to be “a real commercial line from somewhere to somewhere else.”

And just where would that somewhere and somewhere else be? Well, Fansler had the answer. St. Petersburg and Tampa, Florida. The two cities are fairly close to one another, but since St. Petersburg sits on a peninsula located between Tampa and the Gulf of Mexico, travel between the two locales in the early part of the twentieth century took quite some time. Your best bet would have been a 2-hour steamboat ride across the bay or a 5-hour trip by train. With automobiles still in their infancy, a trip by car on primitive roads was estimated to take nearly an entire day. But what if you could fly across the channel in far less time?

Together, these two aviation pioneers started the St. Petersburg-Tampa Airboat Line. The City of St. Petersburg agreed to contribute $40 per day for a period of three months as long as the airline flew two flights every weekday, whether they had a paid passenger or not. The contract with the city was signed on December 17, 1913, which just happened to be the 10th anniversary of the Wright brothers’ historic flight.

Benoist hired flight pioneer Tony Jannus to pilot the plane across the bay. An auction was then held for the first round-trip ticket and the winner was former St. Petersburg mayor Abram C. Pheil. He paid $400 (approximately $9,700 adjusted for inflation) for the privilege of becoming the first paid commercial flight passenger.

Word quickly spread of the planned flight and on the morning of January 1, 1914, a crowd of more than 3,000 people gathered on the beach in St. Petersburg – near the present location of the St. Petersburg Museum of History – and watched the inaugural flight of the newly formed airline.

The 21-mile (34-kilometer) flight took 23-minutes but was not without its hiccups. First, the plane never lifted more than 50-feet (15.2 meters) above the water surface. More significantly, the engine chain slipped off of the propeller shaft and Tony Jannus had to set the plane down on the water. Both pilot and passenger rolled up their sleeves and fixed the engine so that they could complete the flight.

The next day, Mae Peabody of Dubuque, Iowa, became the first woman to take a commercial flight. The cost for a one-way ticket was $5.00 ($122 today) and they sold out 16-weeks of flights almost immediately. It was so successful that a second plane was added, piloted by Tony Jannus’ brother Roger, and they extended some of the flights to Sarasota.

The St. Petersburg-Tampa Airboat Line continued operation until May 5th. During the four months that the airline was in business, they made 172 flights carrying a total of 1,205 passengers. 86% of its scheduled flights were completed with an estimated 90% of the flights paid for. Service ended due to two factors: First, all of the snow bunnies headed back north for the summer, and demand for flights dropped off significantly. And, since the city’s funding had expired, running the airline was no longer profitable. While the airline was dissolved, it did prove for the first time that airline service could be practical, reliable, and, most importantly, safe.

Nearly all of those involved met untimely deaths within a short period after this historic flight:

• Pilot Tony Jannus was killed on October 12, 1916, while training two Russian pilots and crashing into the Black Sea.

• His brother Roger was killed while flying an air patrol over France on September 4, 1918.

• Airplane designer Benoist died on June 14, 1917, when he stepped off of a streetcar in Sandusky, Ohio, and struck his head against a utility pole.

• As for the historic plane that he designed, it didn’t last much longer. It was sold off and was destroyed after crashing into Pennsylvania’s Conneaut Lake.

• The man who thought up the idea of a commercial airline – Percival Fansler – practiced as an engineer for multiple companies before becoming the editor of a technical journal in New York City. He died in 1937 at 56-years of age.

The Ugliest Thing the President Ever Saw – Podcast #93

President Lyndon Johnson declared his portrait to be the ugliest thing he had ever seen. Check out this story to learn more about it. 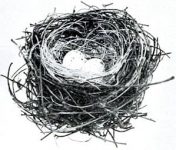