On March 28, 1957, seven of the friends of a 12-year-old, blue-eyed, blonde-haired girl from Detroit, Michigan became the new owners of pedigree puppies.  Six of the friends received miniature French poodles and another a German Shepherd.

Doesn’t sound like a big deal until you learn that the little girl had purchased all of these dogs for her friends for the whopping cost of $1,095.  That’s about 8,400 bucks in today’s money.

You’re probably wondering where a child of twelve comes up with that kind of cash.  She got it from her dad, but don’t get the idea that he was a generous lover of dogs.  In fact, he was the complete opposite.  He refused to let his daughter have a puppy.  So, she figured that if she couldn’t have a puppy, then all of her friends should.  In that way, she could visit her friends and be near the dogs that she loved so much.

There was one major problem with her plan.  Not only did her dad not like dogs, but he also didn’t like banks.  He kept all of his savings in a strongbox.  His daughter found the key, took the family’s savings, and purchased the puppies.  My guess is that her plan to purchase additional puppies for her friends came to a sudden halt at that point. 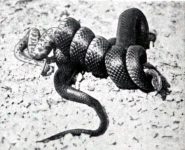 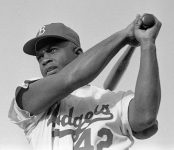