It was reported on December 11, 1957, that Darlene Van Horn, age 24, was estranged from her husband and was living at 2132 Huron Street in Chicago, Illinois.

While she was at work that day, a friend of the family, 54-year-old Finis Kittinger, offered to help out and prepare a meal for the family.  He purchased a chicken and grabbed a brown bag of flour from a pantry shelf.

Darlene and her 4-year-old daughter Deborah tasted the chicken but refused to eat it because it was way too salty.  The rest of the family eagerly consumed the fried chicken.

It was soon determined that Mr. Kittinger had grabbed the wrong brown sack from that pantry.  He thought he was using flour in his recipe, but it was really roach poison. 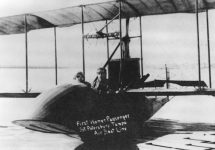 In 1933, two sisters hired a lawyer to get Santa out of jail. The judge later apologized to the girls and Christmas was saved.