Ultimate Cure for a Sore Throat???

It was reported on April 30, 1936, that a 60-year-old Newtonville, New Jersey farmer named William Jugis had been found in a state of collapse by Mortimer Chamberlain, a nearby storekeeper.

It seems that about one-week prior, Jugis had a severe sore throat and could barely swallow. While most people would seek the help of a doctor, Jugis decided to treat himself.

He sharpened a kitchen knife and then proceeded to make a 3-inch (7.6-cm) long incision in his throat, not far from his Adam’s apple.

Jugis immediately felt better and sewed the slit back up with black thread. That was until he found by his neighbor.

He ended up being treated by real doctors in an Atlantic City hospital and, according to the article, was expected to make a complete recovery. 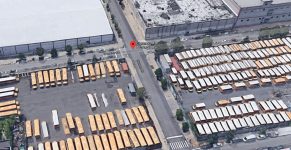