Duke, a black and white Springer Spaniel made the national news way back in January of 1936.

It seems that one day his owner, E. C. McKenzie, forgot to feed Duke, so Duke moseyed on down to the local grocery store because he remembered that was where his owner purchased his food. Duke was starving so he barked for food and received a meal in exchange. After that first visit, Duke would go to the store every day and the market’s owner, O. J Durey, would feed him either a can of dog food or 2 pounds of hamburger.

And just how did Duke pay for his food? Mr. McKenzie opened a charge account for Duke to purchase his meals with.

Sadly, it was reported on March 22nd of 1937 –  that’s a little over one year after his initial brush with fame –  Duke passed away at 8 years of age. A veterinarian attributed his death at such a young age to overeating. 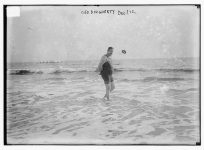 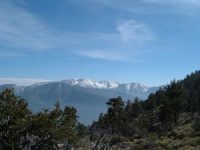 Kenneth Wright, Jr fell off of a cliff in Lake Arrowhead, California and fell and fell, hitting countless rocks. Yet, he somehow survived.