The following story appeared in the news on June 14, 1962, in Haddonfield, New Jersey.  Back in 1944 American Navy Lieutenant Nathaniel M. Dial was aboard a sinking Japanese prison ship and he knew that he was dying, so he handed his cherished Annapolis class ring to a friend with the instructions that he should “give this to my son.”

It looked like that was not to be.  After the friend ended up in a hospital in Japan, the ring was stolen.

Amazingly, eighteen years later, the ring was dug up by a workman at the site of a former Japanese prisoner of war camp in Inchon, Korea.  Another Korean, with limited knowledge of English, was able to make out the inscription on the ring; basically Lieutenant Dial’s name and 1932 year of graduation.  The guy who found the ring decided that he was going to pawn it.

In the meantime, the man who read the inscription mentioned it to the Korean driver for Rear Admiral George H. Pressy, the US Naval Commander in Korea at the time.  The driver then told Pressy, who just happened to have been a classmate with Lieutenant Dial at the Naval Academy.

Pressy was off to the pawnshop to retrieve that ring.  Lieutenant Dial’s son Nathaniel said that he had known of his dad’s wish through old Navy friends, but had never had expected to see that ring.

What were the odds? 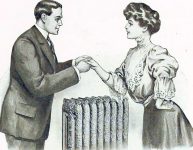 Nettie A. Smith's first two husbands had died, so she married for a third time. To her surprise, her first husband, whom she hadn't seen in thirty-five years, was still alive. Which husband would she choose? 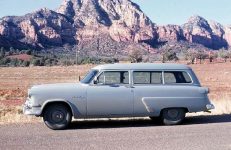