It was reported on November 1, 1924 that Mrs. Betsy Pennick of Tiptree, England was in search of a new husband. She desired a man who was of middle age, in a good financial position, and should be of the type that she used to meet in the “good old Victorian days.”

And she wasn’t kidding when she specified Victorian days. That’s because Mrs. Pennick was in her late teens when Victoria became the queen of England on June 20, 1837. In fact, at 106 years of age, Mrs. Pennick was believed to have been the oldest person alive in England at that time.

Mrs. Pennick had married 86 years earlier and had been a widow for 40 years. She had been a housekeeper for 26 years for William Harrington, a carpenter who had passed away the previous autumn at the age of 94. Having recently recovered from a period of illness, Mrs. Pennick desired a man who could provide for her for the remainder of her life.

Sadly, Mrs. Pennick would not get to meet that Victorian man of her dreams. She passed away 144 days later on March 25, 1925. 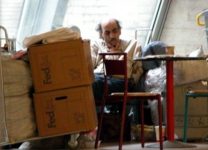 The Tom Hanks movie The Terminal was very loosely based on a true story. It is a very sad story... 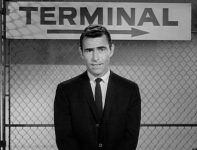