Saved by a Giant Turtle

27-year-old South Korean Chung Nam Kim may have been one of the luckiest guys ever. He had been working aboard the Liberian Federal Nagara as a deckhand and painter. At some point between 2 and 3 AM on Friday, August 22, 1969, Kim found himself suffering from a bad headache and decided that it would be best to go up on deck and grab some fresh air.

Suddenly, his foot slipped and Kim fell into the Pacific Ocean. No one witnessed his plunge, so he was as good as dead. Kim started swimming for land, but it was obvious that there was no way that he could ever make it.

“I was very afraid. I thought that I was dying… I couldn’t think of anything else. I was too exhausted.”

Just at the point when he was about to give up, he spotted something in the water.

“I thought I was dead. And then I touched this thing, and I first thought that it might be a shark and then I saw it was a turtle so I held on.”

He threw his arm around the turtle and paddled slowly with the other arm. After about two hours of swimming with the turtle, he spotted what looked like a ship. It was the Swedish freighter Citadel, which was 113 miles (182 km) from the Nicaraguan coast at the time. He started waving his arms frantically to get their attention. At 4:45 PM that Friday, the crew of the Citadel spotted a man with his arm around a large turtle and pulled him out of the water. Kim was taken aboard and almost immediately passed out from exhaustion.

Could this be a whale of a fish story? Most likely not. Both the captain and the crew of the Citadel said that they had seen Kim clinging to the turtle. One crew member even managed to snap a few photographs of the rescue. 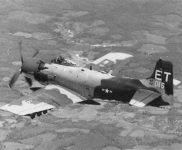 A great story about a Navy pilot who was blinded during a bombing run over North Korea in 1952 and the attempt by another pilot to land him safely.

For fifteen years, the American Chiropractic Society held the World Posture Queen Contest. Each contestant had an x-ray taken of their spine.