The Hanging of Will Purvis – Podcast #10

Will Purvis is one of those people that history seems to have forgotten.  Will never accomplished anything more than the average man during his lifetime, yet luck was certainly on his side.

Our story begins with the birth of Will Purvis on September 27, 1872, in Jasper County, Mississippi.  In 1884, the Purvis family picked up and moved to a farm about twelve miles northwest of Columbia, Mississippi.  It was on this very farm at the age of nineteen that the young Will Purvis would become infamous.

In 1893, Will learned of a group called the White Caps, which was an order to the Ku Klux Klan.  While attending his second White Caps meeting, Will learned from the group that a black servant named Sam Waller had recently switched jobs.  Sam’s previous employer was an elderly widow named Mrs. Hammond, but she was unable to pay him a competitive salary.  Two brothers Will and Jim Buckley lured Sam away from Mrs. Hammond with the offer of a higher salary.  In response to this apparent injustice, the White Caps took Sam and gave him a good whipping that they were sure he would never forget.

The flogging of Sam infuriated the Buckley brothers.  They went to Columbia and brought the whole matter to the attention of the Grand Jury that was convening at the time.  Three White Caps would eventually be indicted for the crime, but not before the Whitecaps met and cast a death lot against the Buckleys and their servant.

On June 22, 1893, upon their return from reporting the whipping, the three men were ambushed.  Will Buckley was killed instantly and fell off his saddle to the ground.  Jim Buckley watched the assassin jump into the woods and scramble.  The assassin was identified by Buckley as Will Purvis.

Purvis was arrested that evening and was forced to walk the entire twelve miles to Columbia to appear before the Grand Jury.  Purvis said that he was sitting at home on his porch after carrying wood into the kitchen when Buckley was murdered.  He claimed that he had quit the White Cap organization as soon as he learned that a white man was the target and took no part in the murder.  He was quite confident that the accusation was just a mistake and that he would be released shortly thereafter.

Will Purvis could not have been more wrong.  He was ordered to stand trial on the charges.  Numerous witnesses were able to confirm that he was at home when the shooting took place, but that was countered with two pieces of compelling information.  First, and most convincing, was the eyewitness testimony of Jim Buckley.  This was followed by additional condemning evidence.  Hounds had picked up the scent of the killer two days after the shooting.  As cold as this trail may have seemed, experts claimed that it led directly to the Purvis farm.

Will Purvis was found guilty of first-degree murder and sentenced to die on September 6, 1893, between 11 AM and 3 PM.  The case went through the usual round of appeals up to the Mississippi Supreme Court, but the sentence was ultimately upheld.

On February 7, 1894, thousands of people gathered to watch the execution of Will Purvis.  Reverend Sibley read a passage of scripture and then Purvis’ hands were tied behind his back. When the sheriff asked him if he had anything to say, Will shouted, “I didn’t do it.”  (There is some question as to the exact wording.)  A black cap was placed over his head and the noose around his neck.  The floor dropped and Will Purvis fell to his apparent death.

Several minutes went by and Purvis regained consciousness.  The exact reason for his survival is still debated today.  Some claim that the executioner had cut off a frayed end of the rope and that it had become undone as Purvis fell.  Others said that the rope simply snapped.  There were even suggestions that the rope was greased.

Now that he had survived the hanging, the question came up as to what to do next.  The crowd jeered to hang him again and Purvis was escorted back up onto the platform.  Before the second execution attempt was to take place, however, Reverend Sibley climbed up on the scaffold and demanded that it stop.  Claiming divine intervention, the Reverend asked anyone in the crowd that wished to see Purvis hanged again to raise his hand.  No one did.  Purvis was led back to jail to await a judicial decision on his case.

The case made it all the way up to the Mississippi Supreme Court, but in the end, it was decided that the principle of double jeopardy just didn’t apply to a man already convicted of the crime.  Purvis’ punishment was to be executed and that was what should happen, no matter how many attempts it would take.

Although Purvis’ second execution was scheduled for December 12, 1895, the execution was not to take place.  On the eve of his hanging, friends helped Purvis escape from prison.  He hid with friends and relatives under the worst of conditions.  Living in constant fear of being caught, Purvis would later say that this was among the worst times of his life.

While on the lam, political conditions in Mississippi began to change.  The case continued on in the public eye and became a hot issue in the following gubernatorial race.  The office went to Governor McLaurin, who had campaigned on the promise of leniency in the case.  As a result, Will Purvis turned himself in shortly after the inauguration and his sentence was reduced to life imprisonment in a state convict camp.

Twenty-two months in hard labor went by before there was another weird twist in the case.  Jim Buckley admitted publicly for the first time that he might have misidentified Will Purvis as his brother’s murderer.  This doubt, coupled with nearly two thousand signatures requesting a pardon, left the governor with a tough decision to make.  On December 19, 1898, Will Purvis was given a full pardon and released from prison the next day with a new suit of clothes and ten dollars in cash.

Will Purvis went on to become a prosperous farmer, a loving husband, and the father of eleven children.   Most important of all, he was a law-abiding citizen for the rest of his life.  Yet, there was always a dark cloud over Purvis’ head.  He knew that he was innocent but could not prove it to the rest of the world.

In 1917 a man named Joe Beard walked into a crowded revival meeting of the Holy Rollers.  The pastor called on all sinners to come forward and cleanse their souls.  Beard said little at the time, but soon afterward became seriously ill.  He admitted on his deathbed that he and another man named Louis Thornhill had murdered Will Buckley.  Most importantly, he made it clear that Will Purvis had nothing to do with the murder.  Purvis had told the truth; when the original idea of possibly harming the Buckley brothers came to light, Purvis told his fellow White Caps that he wanted nothing to do with it and walked away.

In light of the new evidence clearing Purvis, on March 15, 1920, the Mississippi legislature awarded him $5000 in compensation for “erroneous prosecution, conviction, and punishment.”  While Purvis was now a free man with a free conscience, Thornhill was never prosecuted for pulling the trigger that caused the death of Buckley.  He got away on a legal technicality.  Since Joe Beard died before a confession was signed and witnessed, it could not be entered as evidence in a court of law.  He walked away without charges ever being pressed.

Will Purvis died on October 13, 1938.  In another one of those strange twists of fate, Purvis died three days after the death of the last juror that had originally sentenced him to be executed.

Just what happens when your airplane crashes high up in the Himalayan mountains and there is no chance that anyone will ever find you? This happened to two pilots during WW II as they attempted to pilot a cargo plane over “The Hump.” 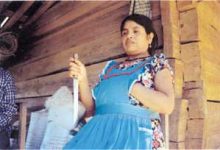 A Miracle Birth in Mexico – Podcast #100

Ines Ramirez Perez is supposedly the only woman to have successfully performed a cesarean on herself. Twenty-three additional cases have been documented.