When the news broke in early December of 1928 that 7-year-old Tillie Oakley of Paris, Kentucky was seriously ill, readers across the country responded with disbelief.

It seemed as if an older girl at school told Tillie that Santa wasn’t real. Can you imagine that? Doubting Santa’s existence?  Everyone knows that he is real.

Needless to say, Tille ran home crying to her mother, but nothing she could say could convince Tillie that the older girl was wrong.

Tilly stopped eating. With each passing day she became weaker and weaker. She was proof-positive that one really could suffer from a broken heart.  The local doctor was brought in to treat her, but nothing in his black bag could heal her. Nor could her parents, her minister, friends, or neighbors do anything to cure Tillie of what ailed her.

People from all over the country sent scores of telegrams and letters assuring the young girl that there really was a Santa Claus.  More than a dozen packages, some with a return address that simply read “From Santa Claus” were received.

But there was one big problem.  An investigation by the Associated Press determined that there was no Tille Oakley living in or near Paris, Kentucky.  The story was a complete fabrication. So, while there may be a Santa Claus, there certainly certainly was no Tillie Oakley. 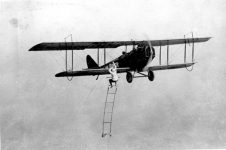 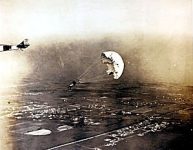 What happens when both your parachute and safety chute don't open? Lois Ann Frotten lived to tell the world about it.