(This Footnote to History article was printed on page 3 of the March 13, 1885, publication of the New York Times, and is reprinted word-for-word below.)

HOW A RONDOUT MAN WAS INDUCED TO ELOPE WITH ANOTHER MAN’S WIFE.

Kingston, N. Y., March 12.—The sequel to an Ulster County elopement has attracted much attention before the County Court and Court of Sessions, Judge W. S. Kenyon presiding, now sitting in this city. James Delancey is a cripple and he uses a crutch. His wife is prepossessing.

A month or so ago she eloped with a young unmarried man named Fox of Rondout. They were arrested in Albany by the police. On the return of the pair to Kingston, there was a row between the crippled husband and the man who ran away with his wife, and the result was that Delancey was locked up in the Ulster County Jail for assault, while Fox went free.

When the case was called in court the incidents of the elopement came out, and the complainant, in reply to questions asked by District Attorney A. T. Clearwater as to the original cause of the row, answered the question by laying all the blame of the elopement on the shoulders of the woman.

Fox, in extenuation of his conduct, offered the plea that Mrs. Delancey came to the house where he Iives shortly before the elopement and gave him a piece of cake. He ate the succulent pastry, and “four hours afterward,” he declared. “I was so crazy I didn’t know anything, and I couldn’t leave her 10 minutes. Something made me follow her every 10 minutes.” Another piece of cake led to the elopement, and still another piece to the row between himself and the injured husband. Fox said he was bewitched by the cake.

He also said he was in fear for his life, if the cripple was released. Delancey denied Fox’s statement, and asserted that Fox “coaxed Mrs. Delancey away.” The testimony created much merriment and surprise in court. Fox’s people say he has had an “evil eye” on him, and that with the cake, over which incantations, they allege, had been said, was the cause of Fox’s waywardness.

Delancey was discharged at the suggestion of the District Attorney. 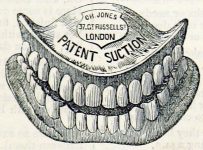 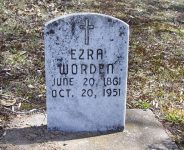