On March 27, 1906, 10-year-old New York City resident Priscilla Summers was handed a penny by her dad.  He asked her to go to the nearby newsstand and buy him a newspaper.

This is where the big, bad bully, 14-year-old Michael Petite, comes into the picture.  He spotted Priscilla and asked her what she had clenched in her hand.  She replied that she had a penny and was on her way to purchase a newspaper for her dad.

Michael offered to purchase the paper for her and when Priscilla declined his offer, he grabbed her by the throat with one hand while he pried the penny out of her hand with the other.

A policeman heard Priscilla’s screams and quickly ran up and arrested Michael. The magistrate sentenced the boy to three years in the reformatory for the crime. 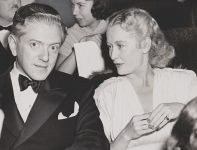 Imagine the surprise of Alexis Davidoff when a coat he donated in 1920 in Russia showed up on a Hollywood movie set that he was working on.