The following is an excerpt from my first book, Einstein’s Refrigerator and Other Stories From The Flip Side of History.

You probably know that World War II came to an end shortly after the United States dropped its atomic weapons on the Japanese cities of Hiroshima and Nagasaki.  Well, I recently came across an alternative weapon that the United States was working on that had the potential to bring Japan to its knees without the great loss of human life that accompanied the nuclear weapons.  What I am talking about here is bats.  No, not baseball bats.  Living, breathing, mammal bats.

The use of bats to win the war was the brainchild of a Pennsylvania dental surgeon named Lytle S. Adams.  You see, Doc Adams was a bit of an inventor in his spare time.  His most successful creation had absolutely nothing to do with winning the war.  In the 1930s, he came up with a rural airmail system that made it unnecessary for a plane to land to pick up the mail.  With his partner Richard du Pont, Adams set up a company named Tri-State Aviation, which was the 1930’s answer to Federal Express.  Over the years, Tri-State Aviation went through numerous name changes and acquisitions and became a mega-corporation that you may have heard of – USAirways.

On that day that will supposedly live in infamy, December 7, 1941, Adams was driving home from a visit to Carlsbad Caverns in New Mexico when he learned that the Japanese had bombed Pearl Harbor.  Almost immediately, those neurons in Doc’s brain began firing (misfiring may be a better word). Doc thought about the millions of bats in the Carlsbad caves and concluded that they would be the ticket to win the war.

As crazy as this whole scheme sounds, it all made perfect sense to Doc Adams.  Basically, he proposed that small incendiary bombs be attached to a million or more bats, which would then be released from an airplane right before dawn.  Prior to flight, the bats would be cooled down and forced into a semi-state of hibernation.  Then, when the bomber was over the target, the bats would be dropped.  As they fell, the bats would warm up and fly off in all directions.  Being creatures of the night, the bats would immediately disperse into all of the nooks and crannies of the highly combustible Japanese buildings.  After about fifteen minutes, the time-delayed bombs would ignite hundreds of thousands of fires all around the city.  No city in the world could be prepared for such a disaster, so any “bat bombed” city would be engulfed in flames.

Now, what would you do if you had a crazy scheme like this?  Probably not much.  But, Adams had connections.  Adams was also the owner of a then cutting-edge airmail system and he just happened to take Eleanor Roosevelt, the First Lady of the United States, along on several trips.  This placed Doc Adams just one set of ears away from the President.  “This man is not a nut,” FDR wrote in a memo to his coordinator of information.  He continued “It sounds like a perfectly wild idea but is worth looking into.”  With FDR’s endorsement, if you could call it that, the bat bomb was placed into the hands of the National Defense Research Committee (NDRC) and the Army Air Force.

There were several types of bats that were best suited for carrying bombs, but they were not available in the vast numbers needed to carry out the project. The bat of choice was the Mexican free-tailed bat, which was common to the caves of New Mexico and Texas.  Preliminary tests showed that the most weight that these bats could carry was about ten grams.  Further testing eventually proved that they could handle somewhere between fifteen and eighteen grams, which was still not much.  This small payload capacity was a big problem in the days before miniaturization.  The smallest incendiary bomb that the United States military had weighed in at a little over two pounds!  Even a whole pile of bats couldn’t get that thing off the ground!  There was also great concern over whether the bats could actually survive the extreme conditions that they would experience when the planes lifted them to high altitudes.  Clearly, lots of testing would need to be done.

Over the next year, Doc put together a team to work out all of the bugs.  They made great progress, yet many of the officials in the military failed to grasp the whole concept and the project was nearly halted many times.  Doc was forced to make repeated trips to Washington to keep the “Adam’s Plan” going.  While on one of these trips, Doc learned that his plan was being confused with another top-secret project that was costing millions of dollars.  When Doc returned from his meeting, he made one of the most memorable statements that I have ever heard.  “Yeah!  We got a sure thing like the bat bomb going, something that could really win the war, and they’re j**king off with tiny little atoms.  It makes me want to cry.”

Since the government was spending so much money on the atomic bomb project, they sent very little Doc Adams’ way.  He funded a large portion of the project out of his own pocket.  (This would later come back to haunt him when the IRS came after him for back taxes, and he had to sell his home to pay off the debt that the government never reimbursed him for.)

Doc made a mock-up of the bat carrying shell that he proposed for the project.  It looked like a conventional aerial bomb, but its interior featured a stack of twenty-six round egg-tray-like compartments designed to hold the bats.  In total, each bat bomb could hold 1,040 bats along with the necessary environmental controls and a parachute.  The actual sheet-metal casings were manufactured by the Crosby Company, which just happened to be owned by that famous crooner himself, Bing Crosby, and his not-so-famous brother Larry.

The main chemist assigned to the Adam’s Plan, Louis Feiser, was in charge of producing a miniature bomb.  He chose to use a new incendiary material that he dubbed “Napalm” (It’s certainly not unheard of today!) and encapsulated it in a flammable celluloid casing.  The total package came in at 17.5 grams.

Initial tests on May 3, 1943, at Muroc Lake in California (now used as a Space Shuttle landing strip) went very poorly because nearly all of the project components were not complete.  A second round of tests followed on May 15, 1943, at a newly constructed field at the Carlsbad Air Force Base in New Mexico.  With dummy bombs attached, the bats were dropped from airplanes, the chutes opened, and the bats sought shelter in every nook and cranny that they could find.  If the bats were armed with real explosives, the scientists were certain that the buildings would have burned.

Back on the ground, Feiser decided to take advantage of the fact that photographs of the testing were being taken.  He took six cooled-down bats and attached the live incendiary to them.  He intended for the semi-hibernating bats to stay put until the bombs when off and blew them to smithereens.  (Clearly, animal rights were not of much concern at the time.)  He misfigured.

This is where the story gets really good.

The hot desert sun brought the bats back to life and they flew off in all directions.  Within minutes, the control tower burst into flames.  The barracks erupted into an inferno.  The fire then jumped from building to building, setting most of the structures ablaze.   The secrecy of the project meant that a crew of firemen could not be on the base while the tests were being performed.  When the fire trucks finally did arrive, the guards would not let them out on the airfield.  All they could do is watch from the distance as the complex burned to the ground and clouds of black smoke filled the air.

This was certainly a big embarrassment for the members of the Adams Plan.  Yet, it proved that the bat bomb could truly be effective.  If six bats could burn down an air force base, just think what a million bats could do to a Japanese city that was largely made from combustible paper materials.

Yet, the Army was not convinced.  Support for the Adams Plan was pulled and the project looked like it was dead in the water.

It turns out that luck was on the bat team’s side, at least for a little while longer.  In a strange twist of fate, a Navy general named Louis DeHaven just happened to be watching the disaster that unfolded during the Carlsbad tests.  Unlike the Army, DeHaven made a very favorable report to his superiors.   This recommendation, coupled with a vigorous public relations campaign on Adam’s part, convinced the Navy that this was a project that had some potential.  In October 1943, the Navy took control and renamed the Adams Plan.  It was now to be known as Project X-Ray. Not only was Doc’s name missing from the project, but he was missing also.  The Navy canned him.

New tests on the bat bomb took place on December 15, 1943, at the Dugway Proving Ground in Utah.  Simulated German and Japanese villages were constructed using native construction methods and furnishings.  The bat bombs were tested in a series of controlled experiments (with two fire trucks standing by!).  The NDRC reported to the Navy that “It is concluded that X-Ray is an effective plan.”  It was shown that pound-for-pound, a planeload of bats was much more effective at starting fires than any weapon that the United States had in its arsenal at the time.

Based on this success, the Navy ordered that large-scale production start by May 1944.  The plan called for the building of up to one million bat bombs.  Just when it looked as if Adams’ crazy dream was about to become a reality, the Navy pulled the plug on the project in March.  After some twenty-seven months and approximately two million dollars in research, the bats were grounded.  To this day, no one can say for sure why the bats never went off to fight the war.

In all the years that have passed since the idea popped into Doc Adams’ head, the electronics have been miniaturized and plastic explosives invented.  Maybe it is time to take another look at the bat bomb.  Who needs atomic weapons when we can get the bats to fight the war for us?

Manuel Ramirez was laid off from his job, so he jumped aboard a boxcar that he thought was headed south to his mom's home. Big mistake... 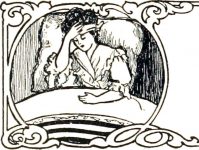