On March 22, 1952, 25-year-old Lt. (jg) Howard Thayer was flying as part of a bombing mission to destroy enemy rail and truck lines near the strategically important harbor of Wonsan, North Korea. Then, suddenly, he heard a scream come over his radio, “I’m blind! For God’s sake, help me; I’m blind!”

Thayer immediately looked all around for a plane that was trailing smoke but saw none. Above him, he spotted a Douglas AD Skyraider that appeared to be headed nearly straight upward toward the clouds. It was a dark, overcast day and Thayer knew that if this plane was being piloted by the man who made that plea, he would surely lose sight of the aircraft once it entered the clouds. Thayer needed to act quickly.

Initially, there was no response, but then he observed a repeated back-and-forth rocking motion. Yet, the plane continued its upward climb and was just seconds from disappearing into the cloud canopy.

The Skyraider was still climbing as Thayer pushed full throttle to catch up with the plane. As he approached the aircraft, he realized that this out-of-control bomber was not being flown by just any anonymous pilot. Instead, he was 22-year-old Ensign Kenneth A. Schechter, who just happened to be Howie Thayer’s roommate on the USS Valley Forge, the aircraft carrier from which both had launched. The two had trained together at the Alameda Naval Air Force base and had since become the closest of friends.

As Thayer pulled in close to the plane, he could see that Schechter was gravely wounded. An enemy anti-aircraft shell had exploded near his head and shattered the cockpit canopy. Ken was barely conscious and was struggling to talk over his radio as the air whipped past him and the loud engine roar drowned out all other sound. Kind of like driving a car at 200 mph (322 km/h) with the top down, but in far, far worse condition.

Yet, somehow Ken was finally starting to make sense of what his friend Thayer was telling him to do.

“You’re doing all right now. Pull back a little; we can level off now.”

Schechter pushed his stick forward and relying solely on his sense of how gravity pulling on his body, he was able to level his plane out.

As Howie Thayer pulled within 100-feet (approximately 30-meters) of Schechter, he could now see how badly injured his face was. Fragments from the blast had caught under Ken’s eye and ripped the skin all the way across to his right cheek. He was bleeding profusely and had lost total vision. Ken Schechter was flying blind.

Thayer thought to himself, “My God, My God! How is he alive?”

Schechter was struggling to figure out what had happened and decided that if he could get some fresh air, maybe he could think more clearly. He reached for the canopy release lever and pulled on it. Nothing happened. He tried again and still nothing. That was when he finally realized that the canopy had been totally blown away. His next move was to reach for his canteen. After removing the top, Ken poured water over his face. This cleared the blood away from his eyes just long enough so that he could see the instrument panel in front of him. And, then, in an instant his vision was gone.

Schechter blurted over the radio, “Get me down Howie. Get me down, Howie.”

Thayer replied, “Roger.” He then spotted a partial bombload under Schechter’s wings. “Drop your ordnance.” Howie understood the request and he released the bombs.

Their next move was to circle back and head over the bomb-line into safe territory. Their initial destination was an island known as Yo-Do, located in Wonsan harbor, which was often used as a station during helicopter rescue missions. Thayer quickly realized that Schechter was so severely injured that there was no way they would make the distance to Yo-Do.

Thayer constantly scanned the shoreline for American ships, knowing that once he sighted them, he could be certain that they were back in friendly territory. He radioed, “We’re approaching Wonsan now. Get ready to bail out.”

Schechter refused to do so. He knew that, even under the best of conditions, jumping into the choppy waters was a risky move. In fact, during his second mission in Korea, he had flown near pilot Lt. Cmdr. Tom Pugh, whose plane had been hit. Pugh landed on the water and signaled to Schechter that he was safe before flying off, but two hours later Pugh was dead. Pugh’s life jacket had failed, his immersion suit had leaked, he never made it to his liferaft, and the helicopter sent to pick him up had failed. Ken Schechter was in far worse shape and knew that he had no chance of surviving in the icy water below. He radioed back to Thayer, “Negative. Negative. Not gonna bail out. Get me down.”

The decision was made to head for an American airbase nicknamed Geronimo that was about 30 miles (48 km) south of the enemy line.

“We’re at the battle line now, Ken. Will head you for Geronimo. Hold on, boy!” Thayer then questioned, “Can you make it, Ken?” To which he replied, “Get me down, you miserable ape, or you’ll have to inventory my gear,” referring to the fact that each had designated the other to handle their affairs should one of them be killed in action.

As Thayer directed Ken to turn his plane right, he could see Schechter’s head fall forward and then as he attempted to straighten it upward, his head flopped over to the left. It was clear that there was no way that he was going to make it Geronimo. Thayer began to search for a place for Schechter to put his plane down, whether that be a rice paddy, a beach, or a flat field.

He spotted a clear spot ahead and as Thayer got closer, he realized that it was an abandoned airstrip that had been nicknamed the Jersey Bounce. While there were no aircraft there, Thayer observed that a few small buildings still remained. Hopefully that also meant that a few men remained behind to care for the facility and that they would be able to get Schechter immediately to a military hospital, should he survive the landing. With a short runway less than 2,000 feet (610 meters) in length and with Schechter severely injured, the odds were clearly stacked against him.

“We’re approaching Jersey Bounce, Ken. Will make a two-seven-zero turn and set you down.”

As they approached the runway, Thayer began to calmly provide his friend with exacting instructions. “Left wing down slowly, nose over easy. Little more.” He continued, “Gear down.”

Schechter abruptly replied, “To hell with that!” He had remembered that in an emergency landing such as this, it was far safer to land on the plane’s belly. To use the landing gear could risk ripping off one of the wings or possibly flipping the plane over.

As Schechter tensed up while awaiting contact with the ground, the plane landed on its belly and slid along the gravel runway. About forty-five minutes after being hit, his plane came to a stop about halfway down the runway. Thayer radioed, “You’re on the ground,” and then began to circle round and round to make sure that his friend was okay. As Schechter clumsily pulled himself out of his cockpit, Thayer could see a car race down the runway toward the plane. Two men helped Ken into the vehicle and sped off toward one of the buildings near the end of the runway.

Howie Thayer’s job was done and he headed back to the Valley Forge and landed about twenty minutes later. As soon as he climbed out of his cockpit, Thayer was puzzled to have a number of senior pilots and officers come right out to meet him. He quickly learned that nearly everyone aboard the carrier had been listening nervously to the voice transmissions between the two pilots as the whole rescue unfolded. In addition, a transcription machine had recorded everything, providing for a permanent record of exactly what the two had said.

As for Ken Schechter, he was immediately transported by helicopter from Jersey Bounce to Geronimo. Doctors removed some of the larger pieces of shrapnel but determined that he was in need of a skilled eye surgeon and had him flown to naval hospital ship Consolation, which was anchored in the Pusan harbor in South Korea at the time. From there, it was on to hospitals in Japan, Oakland, and San Diego. In all, he would spend six months in various military hospitals. While he recovered vision in his left eye, he never regained sight in his right, which meant a permanent end to his military career as a pilot.

Two years later, their story became the basis for the Hollywood movie “Men of the Fighting Lady.” Thayer was portrayed by Van Johnson and Dewey Martin played the part of Schechter. As one would expect, the film took great license with the story, which included Schechter’s plane landing back on the carrier in a giant flaming wreck.

Interestingly, the plane that Shechter had crash-landed had its propeller replaced, was flown back to the Valley Forge for repairs, and was then placed back in service.

Howie Thayer would once again perform a similar rescue on June 27, 1953. This time a plane piloted by Lieutenant John J. Chambers was hit, not only wounding him in the arms and legs but damaging his radio and flight instruments. Thayer had to use hand signals to guide Chambers to a safe landing on an airstrip some 40-miles (65 km) away.

Sadly, in January of 1961, while on a night mission, Thayer was guiding a fellow pilot whose plane had experienced an electrical system failure. While on landing approach, both pilots crashed into the Mediterranean Sea. Their remains were never to be recovered. For all of his heroic actions, Howard Thayer was posthumously awarded the Distinguished Flying Cross in 2009.

On June 28, 1995, Ken Schechter was also awarded the Distinguished Flying Cross. Howie Thayer’s three adult children were present as he received the award aboard the aircraft carrier Constellation in San Diego. During his acceptance speech, Ken stated to them, “I hope you will see this ceremony as your ceremony, because that’s certainly the way I feel about it.”

Kenneth Allen Schechter was born in Harlem, NY on January 31, 1930, the son of European immigrants. After graduating from Stanford and the Harvard Business School, he spent most of his career as an insurance agent. He died of complications due to prostate cancer on December 11, 2013, at the age of 83. 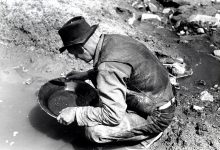 The true story of the 1897 invention of the "accumulator" that was designed to extract gold from the world's oceans. 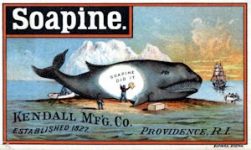 It really is possible to slip on a bar of soap. And Mrs. Beulah Hopkins went right out the window after doing so.