In July 1966, a number of residents in Indianapolis complained to the Indiana Bell Telephone Company that they had seen significant increases in their monthly phone bill. Many had increased by more than $10, which is approximately $81 today.

When officials investigated, they determined that it was all due to a joke that had been circulating among the Indianapolis youth. It went like this: “What did the giraffe say when the elephant stepped on his toe?”

To get the answer to the joke, one had to make a long-distance call to Easton, Maryland. When they did, they heard a loud “wailing” or “whooping” sound, which was the punchline to the joke. Of course, the real joke was on the parents when they received the bills for all these long-distance calls.

The number that the kids have been dialing was a test signal that the Indianapolis phone system had in place for its repairman to test the high and low tones of normal conversations. These numbers existed in nearly all major cities and when children dialed the number that was provided by the jokester, the call was considered completed by the phone company and added to the dialer’s bill.

Sadly, the only ones left wailing were those who had to pay those high phone bills. 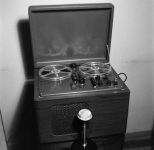 A UPI article predicted that the 20th century would forever be known as the Tape Age. 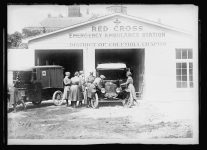 Back in 1918, scientists were experimenting with pimientos peppers to see if they could be used to prevent influenza infections.