Apparently, Gorman wrote a short story titled “The Red-Headed Widow and Her Borrowed Lovers” under the pseudonym of G. Jackson Gregory and then sold it to one of those “true” detective magazines. In other words, he claimed that his fictitious story was true, so he was charged with using the mails to defraud. 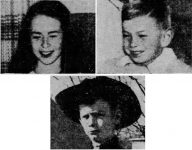 On Sunday, March 12, 1950, three Hinsdale, Illinois children were found trapped in a toolbox. 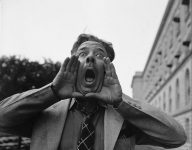 Just what would anyone do with 200 stolen hog calling phonograph records?