From February 4, 1936, we have the story of twenty-five-year-old Edwin H Land who took a leave of absence during his senior year at Harvard to set up a laboratory to advance an invention that he had been working on for ten years.

He had developed a piece of glass on which he aligned billions of tiny crystals in the same direction and embedded them in a cellulose matrix. Giant companies like AT&T and Kodak had been testing his invention and were extremely excited by it. He claimed that his invention had more than 800 commercial uses.

He was right. Today it is found in sunglasses, cameras, cell phones, and is used extensively in manufacturing and scientific experiments.

Land, whose name is mostly forgotten today, had invented the first artificial polarizing material. Up through the 1970s, Land was kind of what Steve Jobs became to Apple. Throngs of reporters and consumers eagerly lined up to hear Land announces his company’s latest and greatest inventions every year. His company was named Polaroid. 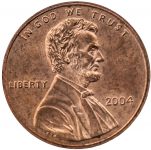 In 1906, Michael Petite was sentenced to 3 years in the reformatory for stealing a penny.

Thank you for the effort … Useful site