If we had taken a trip to the Liberty National Bank at 3158 Roosevelt Road in Chicago, Illinois on September 18th, 1949, we would have found bank floor manager William H. Oglesbee sitting at his very unusual desk. What made the desk so unusual was that it was covered with more than 12,000 pennies that had been individually glued to it using 77 tubes of airplane cement.

And there was a good reason why these pennies were there.  About a year prior, he found a tiny horseshoe on the floor of the bank.  He picked it up and taped it to the top of his desk for good luck. Customers saw the horseshoe and started giving him pennies for additional good luck.  The oldest coin was an 1835 half-cent piece, plus there were pennies from far off lands including Russia, Poland, Mexico, Guatemala, and Palestine.

The pennies were assembled on the front of the desk to form the letters L.N.B., the initials of the bank itself. Eventually the desk was completely covered, but the pennies kept coming, so he set up a special account to hold the donated funds.

He was quoted as saying, “When I’m through here, the desk and savings account will be turned over to the Jewish Old People’s home at 1648 S. Albany Ave.”

Latest episode! In 1915, Henry Ford sought to end WWI by chartering a ship and sailing with many of the prominent peace activists of the day to Europe. Find out what happened next...

Arbor Day is 150 years old! Learn the origins of the day, plus how one small upstate New York town continues the annual celebration.

A woman dumps her fiancé at the altar to marry the minister, a jealous husband who used rattlesnakes to keep men away from his wife, and much more! 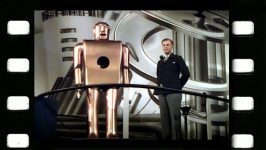 A colorized film showing the highlights of the 1939 New York World's Fair at Flushing Meadows–Corona Park in Queens, New York.