The Case of the Doctor-Doctor Kidnapping – Podcast #127

Most Popular Podcast of 2021! In 1941, 5-year-old Pamela Hollingworth disappeared into the dense forest of New Hampshire's White Mountains. More than 1,500 men spent more than a week looking for her. Was she murdered, kidnapped, or something else? Find out what really happened to Pamela Hollingworth. 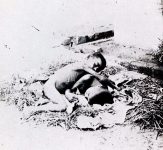