With Thanksgiving here once again in the United States, I thought that it would be a good time to discuss the darkest day ever to occur in cranberry history – the Great Cranberry Scare from fifty years ago.

Today’s story starts on Monday November 9, 1959, a day referred to many in the cranberry industry for many years as “Black Monday”. This was when Arthur Fleming, who was the US Secretary of Health, Education, & Welfare at the time, announced that two lots of the cranberries grown in Oregon had been contaminated Aminotriazole, a weed killer suspected at the time to cause cancer.

Fleming simply wanted to warn consumers that additional berries, which came from the Pacific crop in Oregon and Washington states, which represented 9% of the national cranberry output at the time, could also be contaminated.

He did point out that tests on the berries from the other leading cranberry producing states – New Jersey, Wisconsin, and Massachusetts – had shown no sign of contamination.

A reporter then questioned Fleming how a typical housewife (typical of the 1950s) would know if the berries were safe to eat.

Fleming’s reply was “To be on the safe side, she doesn’t buy.”

Now, keep in mind that this announcement was made seventeen days before Thanksgiving. Back in 1959, nearly all the cranberries were consumed between Thanksgiving and Christmas. The timing could not have been worse for the cranberry growers.

Nor could the coverage by the media. By the next day, newspapers coast-to-coast were plastered with front page headlines like “Government Warns that Cranberry Crop has Been Contaminated”, “Northwest Cranberries Ordered Off the Market”, “Grocery Chains Remove Berries”, “Cooks Better Pass Up Cranberries for Thanksgiving”, “Ohio Bars Washington & Oregon Berries”, “Ohio, San Francisco Ban Cranberry Sales”, and my favorite “Cooks Better Pass Up Cranberries for Thanksgiving, Warns Uncle Sam”.
Needless to say, cranberries sales were squashed across the nation. It didn’t matter what state the cranberries came from, they were being tossed out.

So, let’s take a step back for a moment for a bit of background on this problem.

This clause, introduced by NY Representative James Delaney and now known as the Delaney Amendment, had very good intentions. It was obviously intended to keep poisons out of our foods, but it had an unintended consequence: No matter how small the amount, the FDA could ban products. Basically, there was no threshold established.

Preliminary tests on the pesticide Aminotriazole had shown that megadoses of it caused cancer of the thyroid in lab rats, but the tests were still inconclusive. Aminotriazole had been approved by the federal government for use on cranberry crops the previous year. Aminotriazole killed the weeds but did not harm to the bushes. The only catch was that it could only be applied after the fruit was harvested. Unfortunately, some growers were using it before harvest to increase yields. If they had followed the directions on the bag, this whole mess would have been avoided.

Bit it turns out that there was so little Aminotriazole on the cranberries that the public was never really in danger in the first place. It was later determined that one would need to eat 15,000 pounds of cranberries every single day for several years to be exposed to the same levels of Aminotriazole that caused the formation of the tumors in the rats. (Not much different from saccharine.)

Even if there was significant danger, there was no need for a nationwide warning – the cost of shipping across the country was very prohibitive in 1959, so consumers of the East Coast crop were not in any danger.

The federal government quickly had to backpedal. Announcements were made to the public minimizing the threat, but they were basically ignored. Then Secretary of Agriculture Ezra Taft Benson announced that he would have cranberries on his family’s Thanksgiving table. Even the presidential candidates got in on the game. While campaigning in Wisconsin, Senator John F Kennedy drank two glasses of cranberry juice. Not to be outdone, Vice President Tricky Dick Nixon himself ate four helpings of the berries.

But there was an even bigger problem: They had to somehow bailout the cranberry industry to prevent it from total financial collapse. 1959 just happened to be a record yield crop and the growers could be put out of business.

Ten days after the announcement of tainted berries, the government announced that it was putting into action its “Berry Plan”. They had already cleared 6,304,000 pounds of berries. They were pesticide-free and would be released to market. The only catch was that all cleared berries had to be labeled “Examined and passed by the Food and Drug Administration of the US Department of health, education, and welfare” or “Certified safe under the plan approved by the US government for cranberries”. Personally, a simple “OK by the FDA” stamp would have been good enough for me.

The government purchased all of the seized crops for an estimated $9 million, but the estimated loss to the industry was believed to have been far greater. Estimates ran as high as $40 million dollars overall, although experts later concluded that it was probably in the $15-$20 million range.

You could probably guess that the entire 1960 crop was grown without the weed killer, but there was no guarantee anyone would by the berries. The federal government stepped up to the plate and appealed to the public to consume more cranberries. Maybe not 15,000 pounds per day, but more than in the past. Starting two months prior to Thanksgiving, the feds started telling the public that the 1960 crops were totally safe.

Not only that, but they also stated that the 1959 berries, the ones involved in the scare, were totally safe because “you couldn’t possibly eat enough cranberries treated with Aminotriazole to induce cancer.”

In the end, the 1959 disaster was a big help to the industry in the long run. Within ten years, sales were double their 1959 volume. Ocean Spray, which controlled 75% of the cranberry crop back then, basically produced three products: fresh cranberries and whole berry & jellied sauces.

Ocean Spray realized that they needed to diversify and to spread their business throughout the year. The industry could no longer depend on selling their entire annual yield between Thanksgiving and Christmas. They started by making combinations of Cranberry & Apple and Cranberry & Grape juices. Today cranberry products are everywhere/

I also wanted to clear up one big misconception about cranberries. All of those commercials on TV have everyone convinced that the plants grow in water. It turns out that is not true. They are grown in moist peat soil and are flooded in the fall to make harvesting easier (the berries float) and to protect against freezing in the winter. There are some farms that do dry harvesting.

While the public’s reaction to the contamination of the cranberries may have been overblown at the time, this was a major turning point in both the federal government’s and the general public’s attitude toward the use of pesticides.

Tom McGee wanted nothing more for Christmas than to be able to spend time caring for his hogs. The only catch was that he needed to commit a crime and hope that a judge would sentence him to time on one of Georgia’s infamous chain gangs. 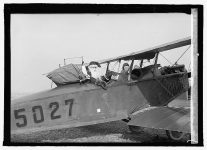