21-year-old Mrs. June Rivers was awoken that evening as her husband came in drunk from a wedding reception that he attended with his friend 23-year-old William Roland Williams.

The two had the typical marital relations before husband got up and said he would go downstairs and get her some tea. When he returned a short time later, she questioned where the cup of tea was, to which he responded, “What tea?”

He told her that she must have been dreaming, since he never said that he would get her a cup of tea. But she was adamant that he had promised and clearly remember the smell of beer and mustard pickles on his breath.

It turns out that she had slept with the wrong man. Her husband’s friend William had come back to their house after the wedding to get his bicycle and drunkenly stumbled upstairs to their bedroom and climbed into the bed with her. Williams admitted, “I started kissing her and she responded.” He added, “I don’t know what made me do such a thing. I am sure that if I had not had so much to drink that I would not have done it.”

Williams was charged with “having carnal knowledge of June Pauline Rivers without her consent by impersonating her husband.”

They were all in court on July 9 when Williams claimed that Mrs. Rivers knew that he was in the bedroom with her and that she was an old flame of his. He added that he had kissed her several times since her marriage and that she had told him multiple times that she hated her husband.

It took the jury 20 minutes to find Mr. Williams innocent of the charges. 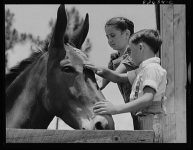 On August 4, 1960, a mule in Shallotte, North Carolina managed to wreck three cars. Read this true story to learn more... 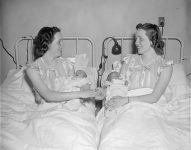