Bobette and Joseph Griffin were only married two weeks when she saw her supposedly dead husband up on the screen while viewing The Great Ziegfeld. 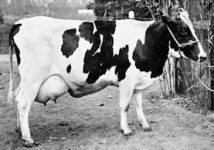 Farmer Joe Trevethan was unable to take a vacation of twenty years because he needed to milk his cow. So, he took the cow with him.