1915: That Must Have Been One Hungry Cat

It must have been a slow news day on January 14, 1915, because the Indianapolis Star ran a lengthy story on an incident that had occurred just a few days prior. It’s the type of story that normally would only receive a paragraph or two in a small-town newspaper and probably no mention in a big-city paper. And shortly after this story was printed, it was quickly forgotten.  That was until today.

The location of this unusual story was the home of former Juvenile Court Judge Newton M. Taylor, which was located at 1015 North New Jersey Street in Indianapolis, Indiana. Today, a magnificent, beautifully paved parking lot occupies the former location of the home.

That evening, the exact day was not recorded, the Judge’s family was sitting at a table playing cards under the illumination of electric light, a rarity for 1915.  (Less than 20% of the homes in the US were wired for electricity then.) Not far away was a large bay window that had another small table in front of it.  A large glass bowl filled with goldfish sat on top.

Just what game they were playing, who was winning, or whether any gambling was taking place is totally irrelevant to the story.  That’s because the game was about to come to an abrupt halt.

Without any warning, that big bay window came crashing in. The goldfish bowl was hurled to the ground and the frightened little fish wiggled around the carpeted floor, struggling to stay alive.

And there, right in the middle of the card table stood the cause of this entire mess: a scared, hungry stray cat who had jumped through the window in an attempt to get its next meal.

Then, suddenly, the cat climbed up Mrs. Taylor’s lace curtains to the very top of the broken window. Sensing that it was an unwelcome visitor and realizing that the top of the curtains offered it no advantage, the cat quickly made its escape through the hole in the window. The article concludes, “No one at the Taylor home has any special antipathy toward cats, but if they must make such visits, members of the family prefer them to call at the rear door, as do the milk man and the grocery solicitor and other nice persons.” 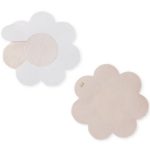 On August 13, 1906, Sackville G. Leyson told of how his spirit was able to travel to Mars and back in 40 minutes while his body lay still.