Santa Claus got himself into a bit of hot water in Burlington, NC back in December 1933.  That is because he was handing out circulars without obtaining a license to do so.

Personally, I am a bit shocked that Santa would have to do this in the first place since one would assume that he was quite busy getting ready for his annual Christmas run.  Of course, this was during the Great Depression, so maybe he needed to supplement his gift-giving in some way.

Two sisters – 7-year-old Juliette and 9-year-old Henrietta Stolpher of Oklahoma – heard about Santa’s predicament and decided that they needed to take immediate action.  They had to get Santa out of jail before Christmas.

First, they hired a lawyer, who just happened to be their dad.  His retainer was 10-cents per day and he served papers upon Burlington mayor Earl B. Horner by mail.

The mayor ordered that Santa be released and sent a telegraph to the two girls apologizing for not acting sooner.  Of course, children worldwide were also thankful now that Santa was free because the two girls had saved Christmas. 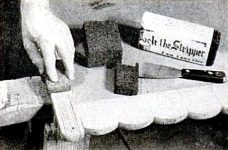 An odd true story about a San Diego robber dubbed "Jack the Stripper" by the press in the early 1960s. Click to learn about his unusual modus operandi. 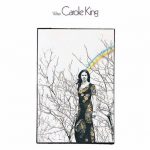