On June 16, 1952, three boys, Kenneth Wright, Jr., and Ralph & Gary Sangster, were playing atop a high cliff in Lake Arrowhead, California, which is located approximately 65 miles (105 km) northeast of their Compton home.

Suddenly, 10-year-old Kenneth lost his footing and fell an estimated 200 feet (61 m) straight down. He then landed atop a vertical rock slide and was knocked unconscious.  His limp body then continued to roll and tumble another 1000 feet (305 m) down the rocks until taking another drop beyond that.  In the end, Kenneth had fallen approximately 1500 feet (457 m).

Amazingly, he survived. A rescue party placed Kenneth in a rescue basket and carried him out, after which he was rushed to the hospital. Doctors determined that he had a concussion, cuts, bruises, and possibly some internal injuries, but he was expected to make a full recovery. 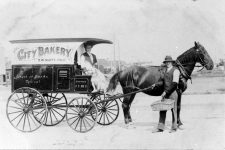 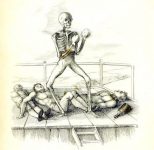