(This Footnote to History article was printed on page 25 in the December 27, 1972 edition of the Times-Standard, and is reprinted word-for-word below.)

TWIN FALLS, Idaho (CPI)—You can’t tell Michael Van Ausdeln, 5, and his brother Kurt, 10, that Santa Claus doesn’t exist. They know he checks up occasionally on the toys he leaves.

Michael and Kurt were trying out the walkie-talkie set they got Christmas morning.

“I can’t hear you,” Michael said into the phone set.

“Can you hear this,” inter­rupted a friendly but unfamiliar voice.

“This is Santa Claus. How do you like your walkie-talkies?”

“Where do you live?” Santa asked.

“Merry Christmas to Twin Falls and to you,” Santa said, ending the conversation.

The boy’s father, Robert Van Ausdeln, who witnessed the conversation, said he doesn’t know how the mystery voice was picked up, but the boys have no doubt now there is a Santa.

“Last year, the oldest one wasn’t quite sure,” he said. “But they pretty well do this year—that cinched it.”

Footnote – 1937: Fall on Ice Starts Blaze in His Pants

Joseph Trainor fell on the ice and his pants caught on fire. Yet, he did not have a single match on him... 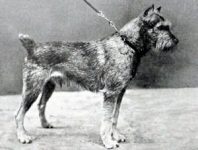